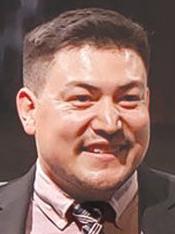 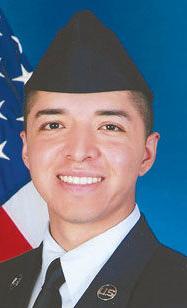 Maddie Elie, of Chino Hills, was named to the Dean’s List for the Fall 2019 semester at the University of the Sciences in Philadelphia. Ms. Elie is majoring in psychology, focusing on clinical psychology with a minor in English literature. Students must maintain a 3.5 grade point average for the semester to be named.

This is the third time Ms. Elie has qualified for the Dean’s List at the university.

U.S. Air Force Airman 1st Class Anthony M. Martinez, a 2016 graduate of Chino High and a former student of Chaffey College, graduated from basic military training at Joint Base San Antonio-Lackland in San Antonio, Texas on Dec. 20. He was a Knight from Squadron 324TRS/FLT 049, which was recognized as the Top PT Flight and received a Commander’s Excellence award. Airman 1st Class Martinez is the son of Eileen Rodelo of Chino and Aaron Martinez of Ontario.

A team of four plant science students from Cal Poly, Pomona, including Stephen Espinosa of Chino Hills, won The Turf Bowl on Jan. 30 in Orlando, Florida. The team, whose other members included Kathy Nguyen of Garden Grove, Julissa Gomez of Hawaiian Gardens and Hailey Taniguchi of Sebastopol, beat out teams from 30 other universities in the United States and Canada to take home the $4,000 prize.

The competition, sponsored by the Golf Course Superintendents Association of America, tested students on knowledge needed for the golf course superintendent profession.

Teams had to identify turfgrass, insects, diseases and equipment. They also had to know how to evaluate the water needs of turf, calculate water usage and how to manage water, as well as know employment laws, accounting and financial management principles.

This was the first time in the contest’s 21-year history that the top team had female members and was from the West Coast.