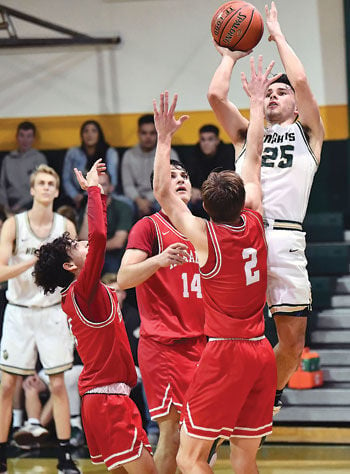 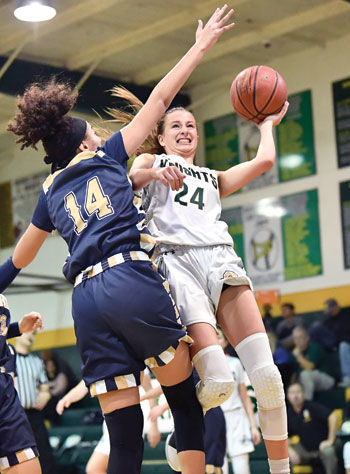 For the second straight year and for the sixth time in the 23-year history of its Knight Time Classic Tournament, the Ontario Christian High boys basketball team came out a winner.

Schloeman scored 10 points, pulled down seven rebounds and had four assists and Ryan Freymond led the Knights in scoring with 18 points. Lee Bruinsma added 16 points, nine rebounds and three blocks and Ricky Freymond chipped in with five points and 11 rebounds for Ontario Christian.

Ontario Christian freshman Chloe Briggs scored a game-high 40 points and pulled down 24 rebounds for the Knights, who fell to 14-2 on the season.

Briggs is the nation’s leading scorer in girls’ basketball at 34.6 points per game, according to maxpreps.com.

Whittier Christian’s Joleen Corona was named the Tournament’s Most Valuable Player. She had a team-high 17 points in the title game.