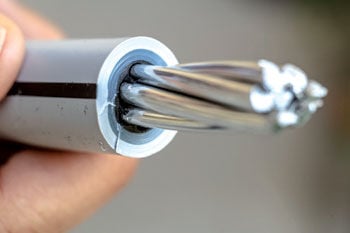 Southern California Edison’s efforts to insulate unprotected wires in high-fire risk areas as shown in this photo will cost customers $12.41 per month in an electric bill increase with more hikes in the next couple of years. 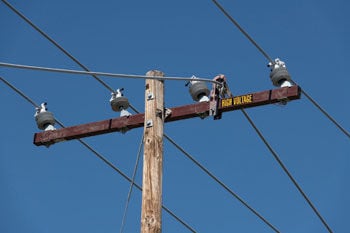 Southern California Edison’s efforts to insulate unprotected wires in high-fire risk areas as shown in this photo will cost customers $12.41 per month in an electric bill increase with more hikes in the next couple of years.

Southern California Edison (SCE) customers will see a $12.41 per month increase on their electric bills starting Oct. 1 because of the utility’s proposal to insulate 4,500 circuit miles of power lines in fire-prone areas.

SCE spokesman Ron Gales said the driver for most of the rate increases starting last year and continuing for the next couple of years is the utility company’s efforts to reduce the risk of catastrophic wildfires associated with its infrastructure.

Mr. Gales said there have been a couple of small increases, including a $1.30 increase in June, but this one is “substantial” and more increases will be forthcoming in the next couple of years.

“We recognize that many of our customers are still dealing with the impact of the pandemic and we are offering a lot of options for those who need help with their bills,” he said.

Mr. Gales said there are deferred payment plans, payment arrangements and extensions, and most importantly, a moratorium on disconnections that has been in place since March 2020 and will continue until the end of September.

After Sept. 30, customers who are 60 days in arrears will become automatically enrolled in payment arrangements or extensions, he said.

This automatic enrollment will apply to all residential and small business customers regardless of income, he said.

The increase for low-income customers on the rate assistance program called CARE will be $8.39 per month.

According to a news release from the CPUC, the decision approves $3.29 billion in spending on SCE’s “Wildfire Mitigation Programs” including replacing 4,500 miles of overhead wire with covered conductor to reduce ignitions from power lines in high fire-threat areas.

SCE will have the opportunity to increase the amount, subject to further review.

TURN spokesperson Elise Torres said the rate increase is too high and “simply unaffordable for many southern California families.”

TURN participated in the CPUC proceedings on the rate increase, including submitting documents.

Ms. Torres said that insulating wires only reduces the fire ignition risk by 60 percent, so wildfire mitigation requires a suite of measures, many of which TURN supported including vegetation management, enhanced inspections and undergrounding in limited locations—all of which were approved by the CPUC.

She said TURN did not oppose all aspects of SCE’s general rate case but did oppose many of the increases.

“SCE’s annual revenue requirement will rise from the current authorized rate of $6.4 billion to $7.7 billion by 2023, with much of the big rate hike due to the insulation of 4,500 circuit miles of power lines,” Ms. Torres said

The CPUC decision also allows SCE to purchase up to $1 billion of liability insurance coverage for third-party wildfire-related claims at a cost of approximately $460 million, according to the news release.

The CPUC hosted four public forums in June and July 2020 to receive comments from the public.

SCE officials told Chino Hills residents during a town hall meeting in 2019 that a year-round fire season is the new normal and residents must be prepared for power shutoffs.

The Public Safety Power Shutoff, called “PSPS,” is one of the programs SCE is using during elevated weather conditions in high fire-risk circuits.

Edison officials told residents that 16 of the 24 circuits in Chino Hills are in high fire-risk areas.

Fire officials told residents that Carbon Canyon poses the largest threat to the loss of life and property during a significant wildland fire.

Fire officials are also concerned about the areas adjacent to Chino Hills State Park, the open space adjacent to homes in the Chino Avenue area east of Chino Hills Parkway, and the area surrounding English Road and English Place.

Other areas of concern are those whose homes are adjacent to open space.

In Chino, an area of moderate concern is generally south of Kimball Avenue, but the severity of fire threat is considerably less than Chino Hills, officials said.

As development occurs in that portion of Chino, the threat will continue to lessen.

SCE refers to replacing old wooden poles with fire-resistant poles, crossarms, and insulators as the “hardening” of its infrastucture.

According to SCE, approximately 236,000 customer accounts in San Bernardino County are served by circuits in high fire risk areas.