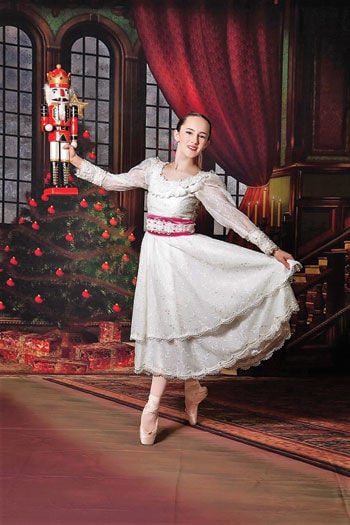 Hannah Scalzo of Chino Hills will play the part of Clara for the third year in a row in “The Nutcracker,” presented by Inland Pacific Ballet. She has been dancing since the age of 4. 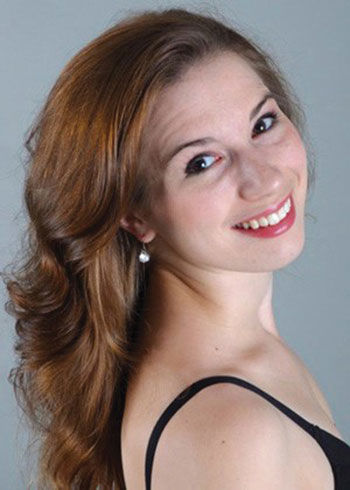 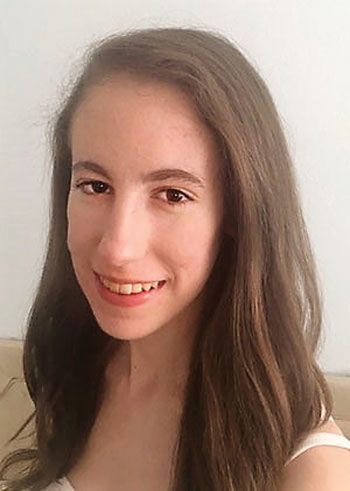 Playing Clara in “The Nutcracker” is a dream role for any young ballet dancer but for Hannah Scalzo of Chino Hills, the dream has come true three times.

Hannah, who will turn 16 on Dec. 2, has been selected to play Clara by the Inland Pacific Ballet for the third year in a row.

“I was very excited and eager to reprise the role!” she said. “Such a wonderful blessing.”

Hannah, who is home schooled, said she always wanted to play the part of Clara and had auditioned previously for three consecutive years before being selected on her fourth try.

She especially enjoys the role because it offers partner dancing.

Hannah will partner with the character of The Nutcracker that will be played by two men who share that role.

She will perform in 15 shows between Nov. 30 and Dec. 22 at three venues: the Lewis Family Playhouse in Rancho Cucamonga, Fox Performing Arts Center in Riverside, and Bridges Auditorium at Pomona College in Claremont.

In addition to “The Nutcracker,” the company will present a humorous version called “The Nutty Nutcracker.”

Hannah will perform as Clara in both versions in five shows, and will play the roles of Spanish dancer, snowflake and a flower in other shows.

The role of Clara will be played by three dancers on a rotation basis since there are so many shows and the dancers often have multiple roles. Hannah, who is at the academy trainee level with the Inland Pacific Ballet, practices at the Montclair studio six days a week for three to six hours, not counting the many rehearsals when productions are taking place.

She joined the company at the age of 6 and wants to spend the rest of her life dancing. “When I started dancing at 4 years old, I never wanted to do anything else,” she said. “I always wanted to be a ballet dancer.”

Last summer, she trained on scholarship with the internationally-renowned Bolshoi Ballet in New York City for six weeks and has been invited to return next summer, based on her performance.

The previous summer, she attended Texas Ballet Theater on scholarship and the American Ballet Theatre, Orange County.  In addition to dancing, she also has a passion for singing. She played the lead role of “Belle” in the 2018 musical theatre production of Disney’s “Beauty and the Beast Jr.” and was chosen to perform at the company’s second annual “Some Enchanted Evening” fundraiser gala. Hannah is the daughter of Lucas and Lisa Scalzo of Chino Hills.

HannahLeah Oeding, an Inland Pacific Ballet soloist, will play Mrs. Stahlbaum in the party scene, a rose in the Waltz of the Flowers, a soloist in the snow scene and the Mirliton dance scene, and will play Clara for two of the shows in “The Nutty Nutcracker.”

Ms. Oeding attended BalletMet Columbus’ Pre-Professional Program after high school, joined the Fort Wayne Ballet in Indiana where she performed in numerous featured roles, and is a company member of Inland Pacific Ballet.

Zoie Jones, an academy junior trainee at Inland Pacific Ballet, will play  Clara’s friend in the party scene, an icicle in the snow scene, and a flower in the Waltz of the Flowers scene. She began her training with Inland Pacific Ballet at the age of 12 and is in her fifth year of performing in  “The Nutcracker.”

Zoie competed in the Youth American Grand Prix for three years and will return in 2020.  She also attended ballet schools called The Rock School in Philadelphia and Ballet West in Salt Lake City, Utah during the summers.