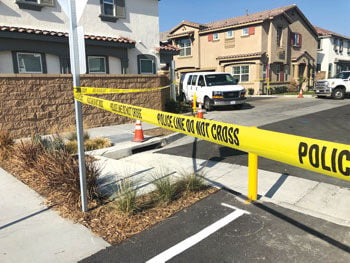 A 19-year-old Moreno Valley woman was killed early Monday morning in a domestic-dispute stabbing in the 13800 block of Farmhouse Avenue in Chino, the Chino Police Department said. 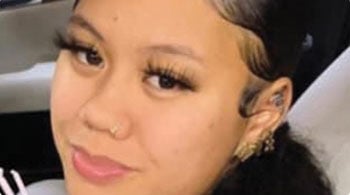 A 19-year-old Moreno Valley woman was killed early Monday morning in a domestic-dispute stabbing in the 13800 block of Farmhouse Avenue in Chino, the Chino Police Department said.

A 34-year-old Rosemead woman was arrested on suspicion of stabbing and killing a 19-year-old woman in Chino early Monday morning.

“The stabbing was an isolated incident resulting from a domestic dispute,” said City of Chino spokeswoman Vivian Castro. “There are no outstanding suspects.”

Chino police received a 9-1-1 call at 6:14 a.m. in the 13800 block of Farmhouse Avenue about a disturbance involving two women.

The street is located in the neighborhood directly south of the Stater Bros. market at Euclid and Schaefer avenues.

Officers found a woman – identified as 19-year-old Kaylie Cristobal of Moreno Valley – suffering from a stab wound, the spokeswoman said.

She is being held without bail at the West Valley Detention Center in Rancho Cucamonga on one count of murder, jail records show.

No other details of the stabbing were released.

Anyone with information can call Sgt. Mike Infusino at 334-3066.