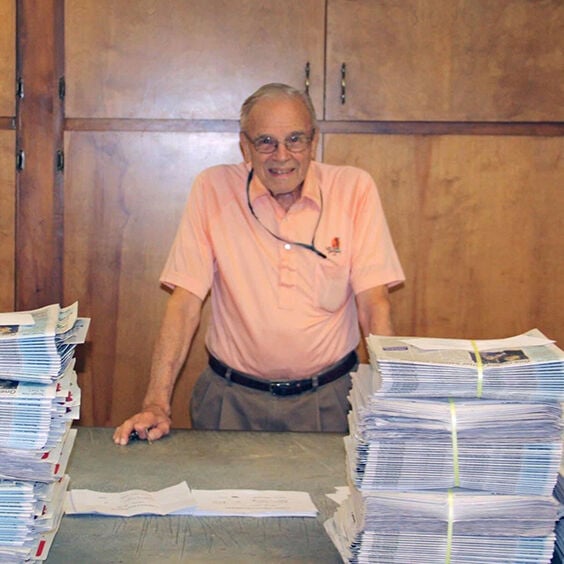 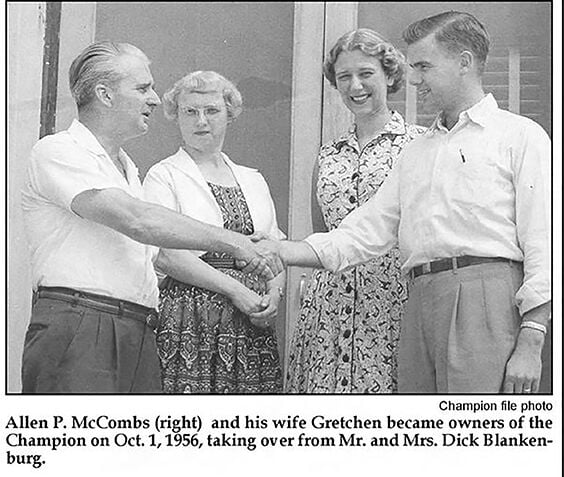 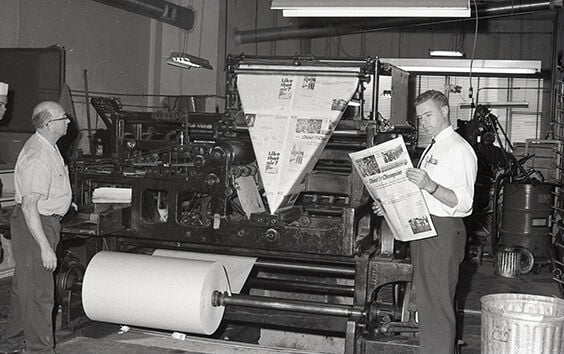 Allen P. McCombs, the owner of the Chino Champion newspaper from 1956 to 2017, beloved Chino historian and author of his famed “Rolltop Roundup” column for many decades, died Friday morning from complications of pneumonia, his family announced.

He was 91. He died at the Skilled Nursing Unit of Inland Christian Home in Ontario.

He continued writing his Rolltop Roundup column until February 2021.

Mr. McCombs purchased the Champion for $65,000 from Dick and Lois Blankenburg, and his first published issue of the Champion was dated Thursday, Oct. 4, 1956.

“This week, I felt like a kid in a candy store,” Mr. McCombs wrote in an Oct. 1, 2011 Rolltop Roundup column reminiscing about his first week owning the Champion.

The column was written on the date of his 55th anniversary with the Champion.

The Champion, when the McCombs' purchased the newspaper, was located in a two-story building at Seventh and D streets, where the Chino Branch Library parking lot is currently.

There wasn't a signal light located in the city at that time. One wasn't installed until 1957, placed at Central Avenue and Riverside Drive.

Additionally, Monte Vista Avenue was First Street and Chino High School was located at Sixth Street and Riverside Drive when Mr. McCombs and his wife Gretchen came to Chino.

The Champion moved to its current location at Ninth and D streets in 1970, and sustained $30,000 in damages in 1971 because of a firebombing, but Mr. McCombs and his staff continued to put out a newspaper without missing an issue.

Mr. McCombs was a graduate of Stanford and Harvard universities and was a member of the Navy Supply Corps.

The Champion published mid-week editions of the Chino Valley News and South Ontario News, and started Chino Hills News in 1988.

By 1994, those papers were combined into two newspapers called the Chino Champion and the Chino Hills Champion. In March 2020, the paper became the Chino Valley Champion.

We’ll have much more on Allen McCombs in the Saturday, March 20 edition of the Chino Valley Champion.