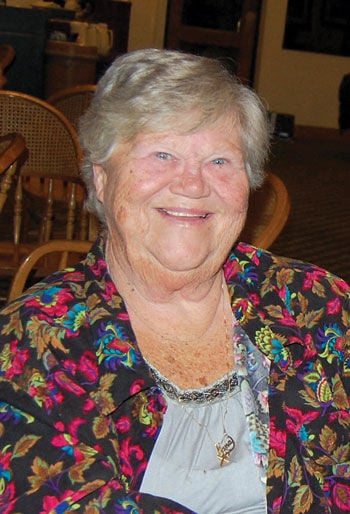 Judy Rogers is shown at a fundraising event at Los Serranos Country Club where the community donated to Caring for the Hills. 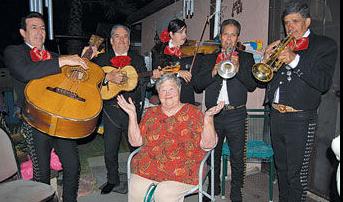 The Los Serranos community, in an effort to thank Judy Rogers for her generosity, surprised her with an outdoor Mexican birthday celebration in February 2015 where she was serenaded by mariachi singers at her front door.

Judy Rogers is shown at a fundraising event at Los Serranos Country Club where the community donated to Caring for the Hills.

The Los Serranos community, in an effort to thank Judy Rogers for her generosity, surprised her with an outdoor Mexican birthday celebration in February 2015 where she was serenaded by mariachi singers at her front door.

Judy Rogers, known in the Los Serranos community for her caring heart, died Thursday, Aug. 3, at the age of 72 at the Chino Valley Medical Center.

She was a longtime director of Caring for the Hills, where she fed anyone in need for decades from her front porch every day of the year including weekends and holidays.

A loyal group of family and friends gathered at her home on Cecelia Street to help with the food distribution, including her husband of 51 years, Ned Rogers.

They would have celebrated their 52nd wedding anniversary Sept. 17.

Mr. Rogers spent the majority of his time at his wife’s side, pushing her in the wheelchair, packing boxes, and picking up food and supplies.

Residents and volunteers held candlelight vigils on her birthday and even brought in mariachis to thank her for her selfless giving.

From her kitchen table, Mrs. Rogers created lists, took phone calls as late as 9 p.m. from people in need, and organized driving teams to pick up food for delivery.

She often called the Chino Hills community her “angels” for pulling through when she needed to fill Easter, Thanksgiving, and Christmas baskets. The angel volunteers included civic groups, scout troops, churches, businesses, and the City of Chino Hills.

“I’m so sorry we lost her,” said longtime supporter Councilman Peter Rogers (no relation). “She was such a fighter… a semi-gruff exterior but inside, a heart of gold.”

In summer, she hunted for school supplies and coordinated backpack giveaways in partnership with the city of Chino Hills.

Her son, Adam Rogers, said his mom was helping others long before she led Caring for the Hills.

“I remember growing up and people coming to my mom for advice,” said Adam Rogers. “She would tell people with marital problems to go back home and do whatever it took to save their marriage,” he said.

Her home was a revolving door with an eternal supply of love and food. She often kept gas cards and gift cards on the side and listened to God when he told her who needed them.

Mrs. Rogers was born in Flint, Michigan on Feb. 12, 1945. She moved to Los Serranos when she was 18 and married Ned, also a Los Serranos resident, two years later.

“It was the best decision I ever made in my life,” she said during an interview when she was named the Outstanding Citizen for 2007.

A community celebration of life is being planned.