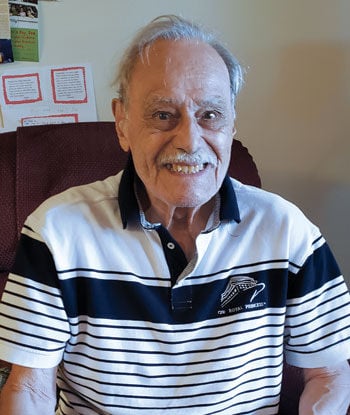 Samuel Rodriguez will turn 97 on Thursday. His family has planned a surprise for him at Inland Christian Home. 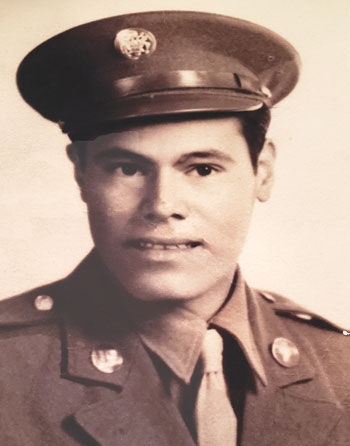 Samuel Rodriguez will turn 97 on Thursday. His family has planned a surprise for him at Inland Christian Home.

When World War II veteran Samuel Rodriguez, a former Chino resident, turns 97 on Thursday, he’ll have quite a surprise waiting for him.

Instead, they’ll have an hour to see him through a protective screen at Inland Christian Home in Ontario, and will do their best to make the time with him special.

“We have not been able to see him because of COVID-19,” said his oldest daughter Linda Loera. “We can call him a lot and there is a visitation screen. We are outside and he is inside. We usually get 20 minutes, but they are allowing us an hour because it is his birthday.”

She said the family’s plan is to make Mr. Rodriguez as happy as possible.

Mr. Rodriguez has been a resident of Inland Christian Home since 2011 after living in Chino for eight years. He and his wife, Jessie Rodriguez, were married for 68 years. She died in 2014.

The family is deeply proud of his personal military history.

He sailed on the Queen Mary to England and did a tour of Europe before returning to the U.S. on the Queen Elizabeth two years later.

During World War II, Mr. Rodriguez was in the 56th Fighter Group, seeing action in France and Germany.

He served as a supply technician and qualified as a Sharpshooter, Carbine M1.

He was one of five Rodriguez brothers who fought in World War II.

He later worked as an over-the-counter automobile parts salesman in Los Angeles.  In 1988, he and his wife retired.

She worked in Los Angeles as a lead supervisor for an envelope company.

Mrs. Loera said the family is excited for Thursday’s   plans.   “We send letters and ‘miss you’ cards from us and the grandchildren,” Mrs. Loera said.

“He will be so thrilled and hopefully this will bring him a little joy and happiness into his life.”