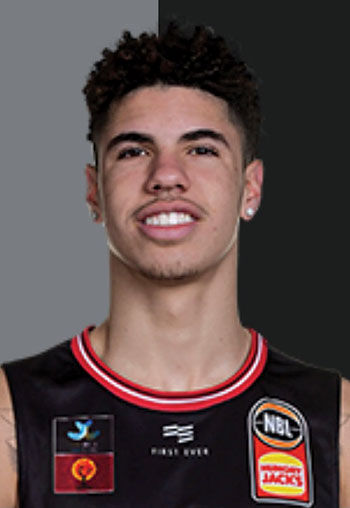 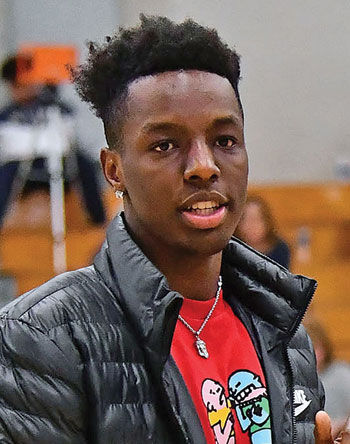 Ball, the third overall pick in Wednesday’s draft by the Charlotte Hornets, and Okongwu, the sixth overall pick by the Atlanta Hawks, join Ball’s older brother Lonzo Ball as the only trio from the same high school basketball team to all be taken in the top six in an NBA Draft.

Lonzo Ball was the second overall pick by the Los Angeles Lakers in 2017.

The two Ball brothers also become the only brothers to be selected in the top three in the draft.

LaMelo and Lonzo Ball and Okongwu now are three players on the starting five on the Chino Hills High’s 2015-16 boys’ basketball national championship team to be selected by an NBA team.

It’s possible the other two starters—LiAngelo Ball, the middle of the Ball brothers, and Eli Scott—have potential to earn a spot with an NBA team.

LiAngelo Ball was available in the 2018 NBA Draft, but was not selected. He is now with the Oklahoma City Blue of the NBA G League and is free to sign with any NBA team. Scott is a senior on the Loyola Marymount University men’s basketball team and will serve as team captain for the 2020-21 season. Scott will likely enter the 2021 NBA Draft.

LaMelo Ball and Okongwu took very different routes to achieve their dreams of playing in the NBA.

Ball played two seasons at Chino Hills High, leaving before the start of his junior season to play in Lithuania, the Junior Basketball Association that was founded by his father LaVar Ball, one season at Spire Academy in Ohio, and 12 games with the Illawarra Hawks of the National Basketball League.

He was a member of the Junior Basketball Association’s Los Angeles Ballers team that won the league’s only championship and was the 2019-20 National Basketball League’s Rookie of the Year despite being limited to 12 games because of injury.

Ball has been an internet basketball sensation for several years with dozens of videos showing him playing against, and beating, much older players. He committed to UCLA at age 13 and currently has a following of 5.6 million people on Instagram.

During that game, Ball scored 41 of his 92 points in final eight minutes.

Okongwu added two CIF State championships to his resume during his junior and senior seasons at Chino Hills High and was named California’s Mr. Basketball in 2018 and 2019.

His Huskies’ teams finished 33-3 in the postseason.

Okongwu’s jersey No. 21 was retired by Chino Hills High on Jan. 31, 2020 in a halftime ceremony attended by his mother Kate, younger brother Chukwuemeka and several of his former teammates and coaches.

The numbers holds special meeting to Okongwu because his older brother, Nnamdi, wore 21 during his two seasons at Chino Hills High and had been offered a scholarship to Loyola Marymount University in Los Angeles.

Tragically, Nnamdi died prior to his senior season from injuries in a skateboarding accident in Chino Hills.

Onyeka dedicated his high school basketball career, and his selection to the Hawks, to his brother. He wore a bracelet Wednesday night that honored his brother that reads “Nnamdi Okongwu #21. We Will Never Forget.”

Okongwu played last season at the University of Southern California starting in all 28 games he played and averaged 16.2 points, 8.6 rebounds and 2.7 blocks per game.

He won Pac-12 Freshman of the Week honors twice.

Ball and Okongwu will quickly get to work with their NBA teams with training camp opening in less than two weeks and the 72-game NBA season scheduled to begin Tuesday, Dec. 22.

The NBA schedule has yet to be announced.

Just a couple of hours after LaMelo Ball and Okongwu were drafted, it was revealed on the Fox Network show “The Masked Singer” that Lonzo Ball was the “Whatchamacallit” contestant.

Ball, as the character, appeared on a couple of episodes of The Masked Singer in its current season, but will not advance to the show’s final.

Ball is no stranger to the music scene. A few years ago, he recorded a rap song titled “Melo Ball 1” dedicated to LaMelo Ball.

The song was released on several music streaming services and can be heard on YouTube.com.