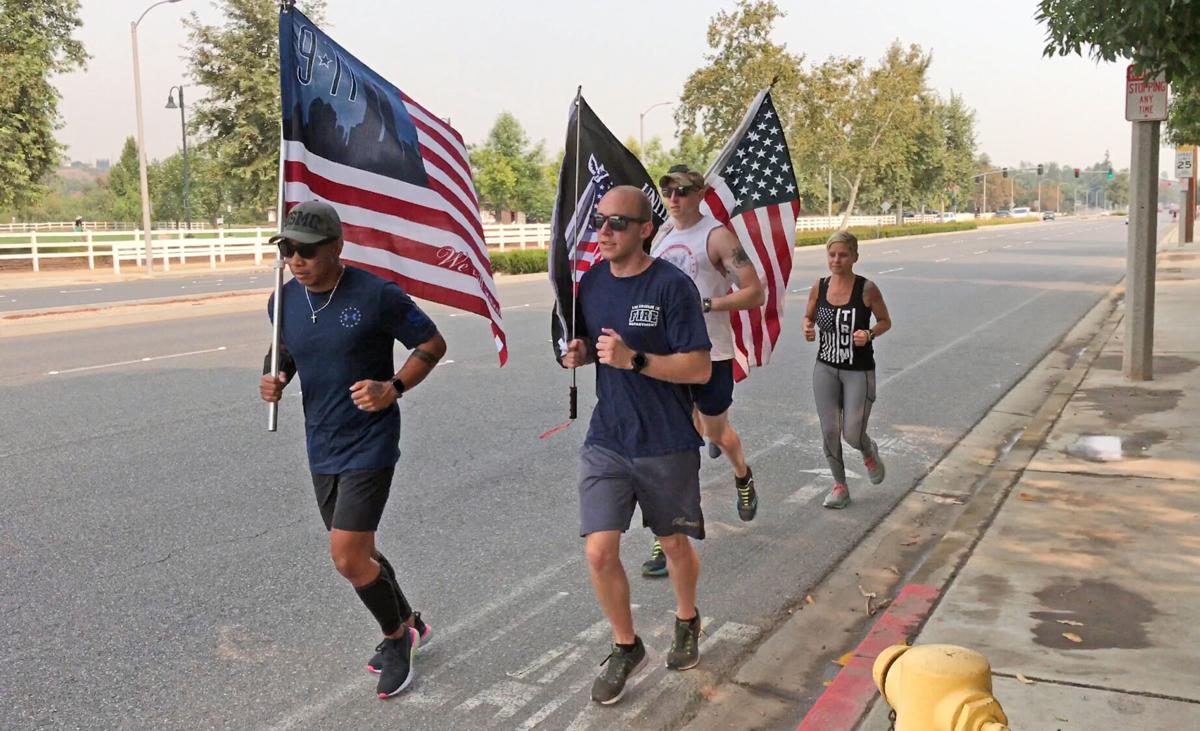 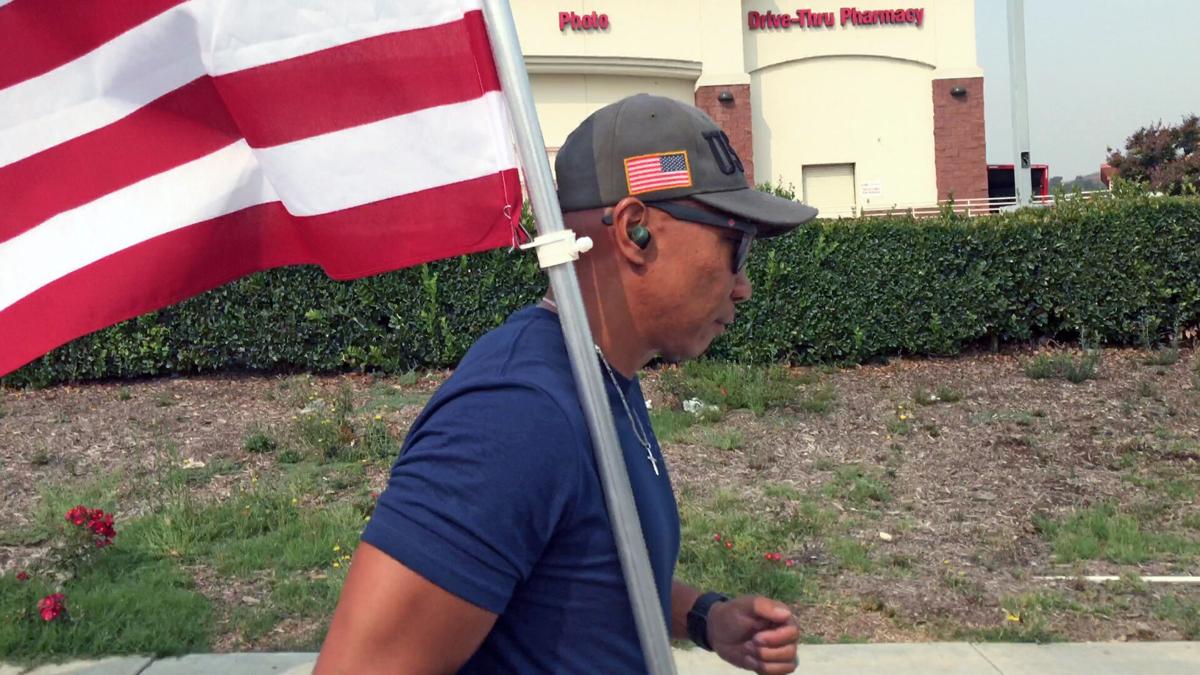 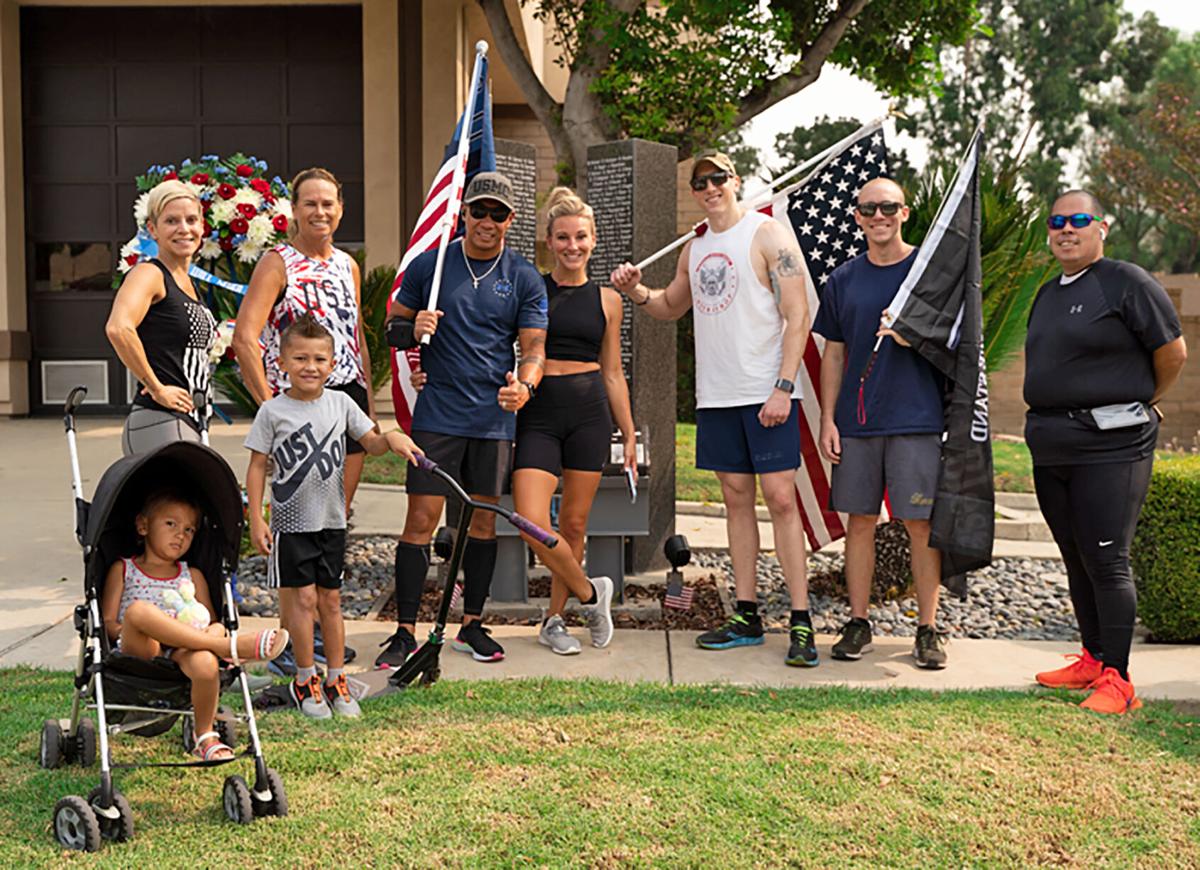 On the 19th anniversary of the terrorist attacks on September 11th, 2001, Chino Hills resident Ray Salvante honored victims and their family members by running up and down Peyton Drive, carrying the American Flag.

Mr. Salvante, a former U.S. Marine with several tours under his belt, ran 24 miles in three-mile increments every two hours from 6 a.m. to 8 p.m., fulfilling a personal commitment he made to himself three years ago that has now turned into a yearly tradition.

“This would be my third year doing this and it’s in honor of 9-11 and to all the men, women and the children that passed away on that tragic day,” Mr. Salvante stated just before his 10 a.m. run. “And in order for us not to forget what happened on this day, I run all day long every couple hours.”

Mr. Salvante and six runners met up and started their journey in front of the Chino Valley Fire District Station 66, on Peyton Drive near Grand Avenue, and headed south towards Chino Hills Parkway.

They were encouraged by passing vehicles as the runners looped back and ended up in front of the fire station’s 9-11 memorial statue.

“We go up and down Peyton, reason being is we fly the colors and there’s a good amount of traffic that we want to show that patriotism is still alive,” said Mr. Salvante, who owns Conquer-Fit gym in Chino.

What started off as something Mr. Salvante and his wife did by themselves has grown into a community gathering with fellow runners, friends and family members joining them throughout the day.

Like his good friend and former Coast Guard member Jordan Houle, both were energized by the support from the passersby, which helped them get through the pain and sweat they needed to endure to pay their respect for the fallen victims and their families.

“I shed a little sweat, felt a little pain because it's the least I can do to pay my respects to the ones that have gone before me,” Mr. Houle stated. “The run felt amazing. It really gets me amped up to be a part of this community and to feel that connection with everybody honking their horns and waving. It is just an incredible feeling. I love this community, there’s no other place I'd rather be than Chino Hills.”