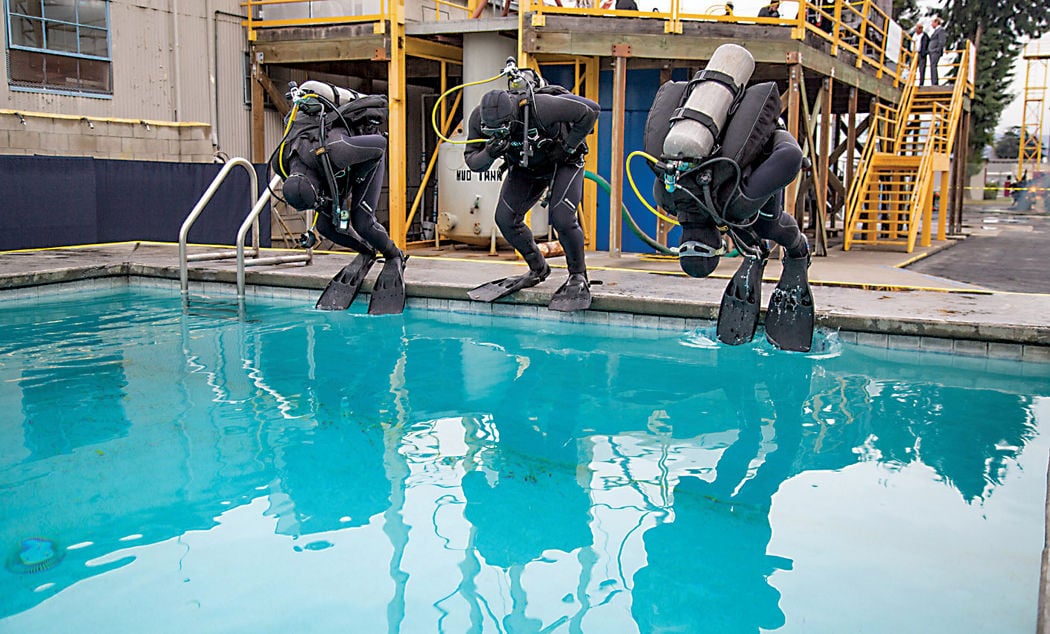 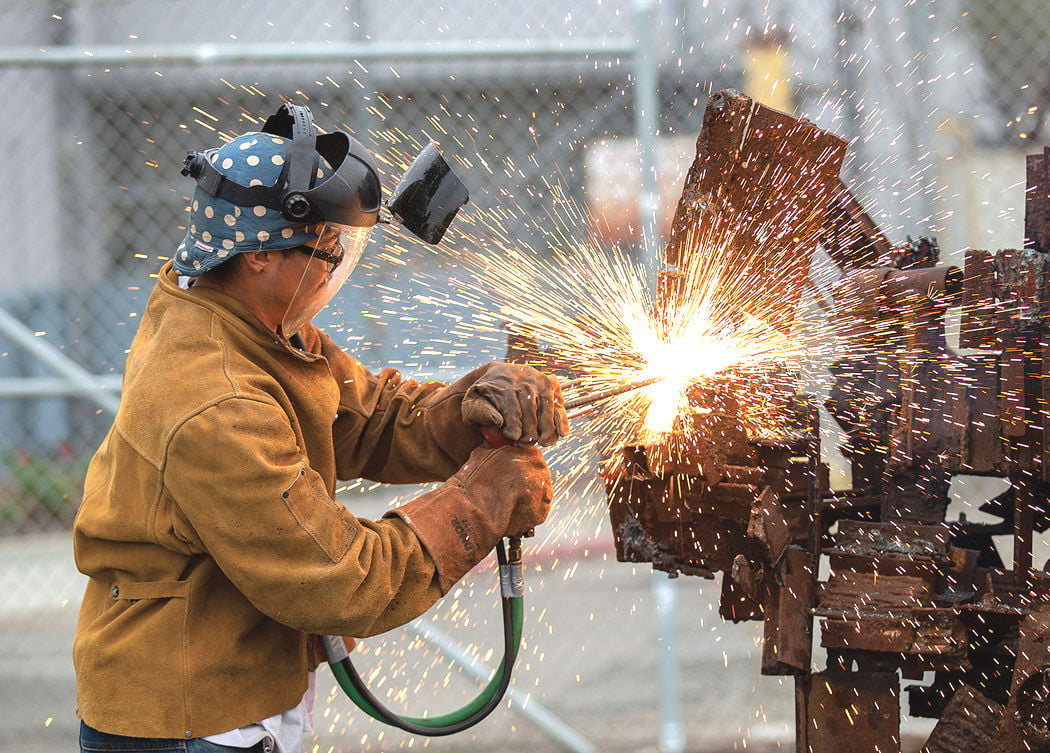 It was founded in 1970 by a successful businessman who believed in giving prison inmates a second chance through productive work.

Some exercises could be viewed by visitors through a clear observation panel at the bottom of a 12-foot tank.

Nearby on land, sparks flew from a giant-sized carbon steel structure that was being welded by another man, with assistance from his support team.

No educational prerequisites exist to participate in the program, which teaches underwater diving and welding skills in preparation for careers in commercial diving.

A good prison record and hard work are required to participate.

Lessons in physics, physiology and hyperbaric chamber operations are taught within a newly refurbished, heated classroom.

Twenty-eight inmates train at the center from 6 a.m. to 3 p.m.

The prison program has increased standards in the diving industry, he said, adding that he will refer men coming out of the prison program for jobs because they receive top notch training and have a willingness to work hard.

Mr. Cayo said that after he was incarcerated for the second time in 2006, he asked to be admitted to the Chino prison for the dive program.

The center was reopened that same year after a three-year closure.

Mr. Cayo trained there for two years until he was released from prison in 2008.

“The technical stuff was easy,” he said, “but being a larger guy, the physical regiments were hard.”

The program requires the men to run at least five miles to condition their bodies for the physically-demanding drills.

Mr. Cayo said the men in the dive program are treated with respect by the other prisoners.

“It’s something that separates you from everyone else in the prison system,” he said.  “You can be an individual that’s also part of a team.”

Mr. Cayo has worked in California as a rescue diver and on operations in Houston after Hurricane Harvey.

Program founder Leonard Greenstone was a World War II Navy veteran who believed in the power of individual determination and in prison rehabilitation.

He was a successful commercial diving contractor, and in 1969, he was appointed chairman of the California Correctional Industry Board under Governor Ronald Reagan.

Mr. Greenstone was said to have been undeterred by funding rejections from state and federal authorities to start a diving program in  prison.

In 1970, the federal government agreed to match his own personal funds for one year of dive operations at the Chino prison.

“We owe him a debt of gratitude we cannot repay,” said Charles Pattillo, general manager of the California Prison Industry Authority, known as CALPIA, a self-supporting state entity that partners with trade unions, non-profits, public and private companies on correctional rehabilitative programs.

Mr. Pattillo said the recidivism rate for the dive program is less than 3 percent and recidivism for all prison trade programs cumulatively is about 7 percent.

Another representative of the organization said it costs $76,000 to incarcerate one prisoner for one year in California.

CALPIA spent almost a half million dollars to refurbish the dive center in a two-year project.