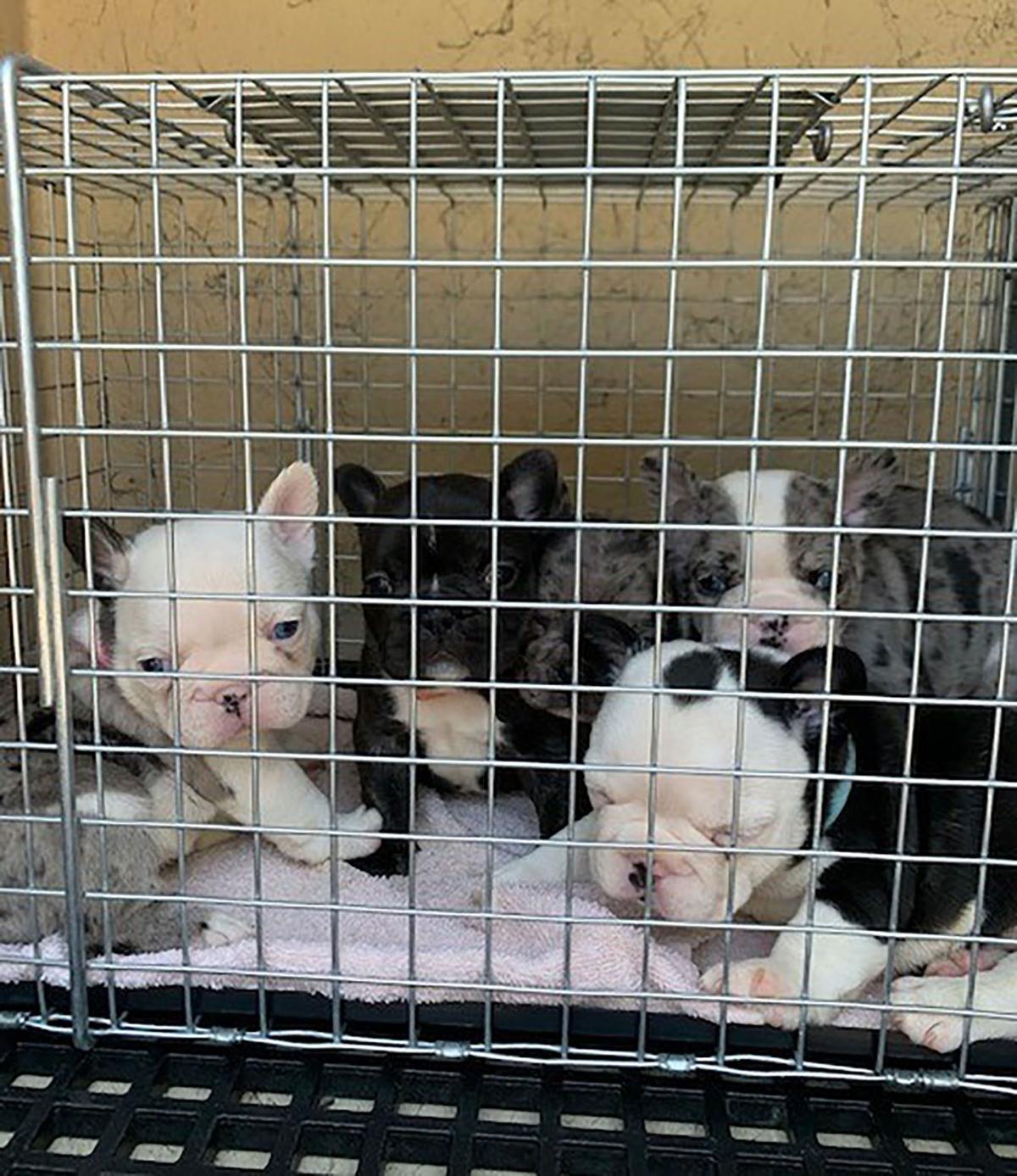 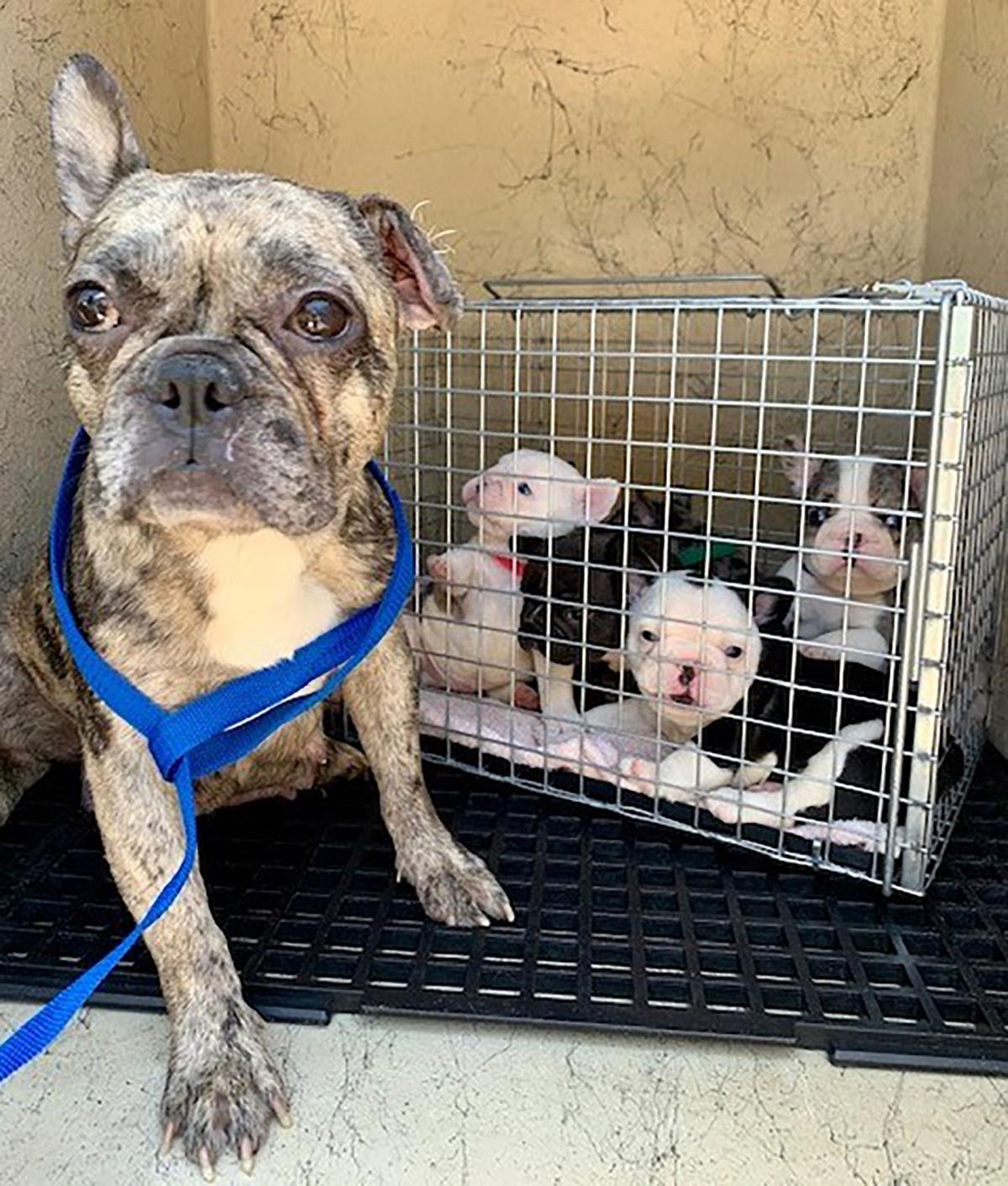 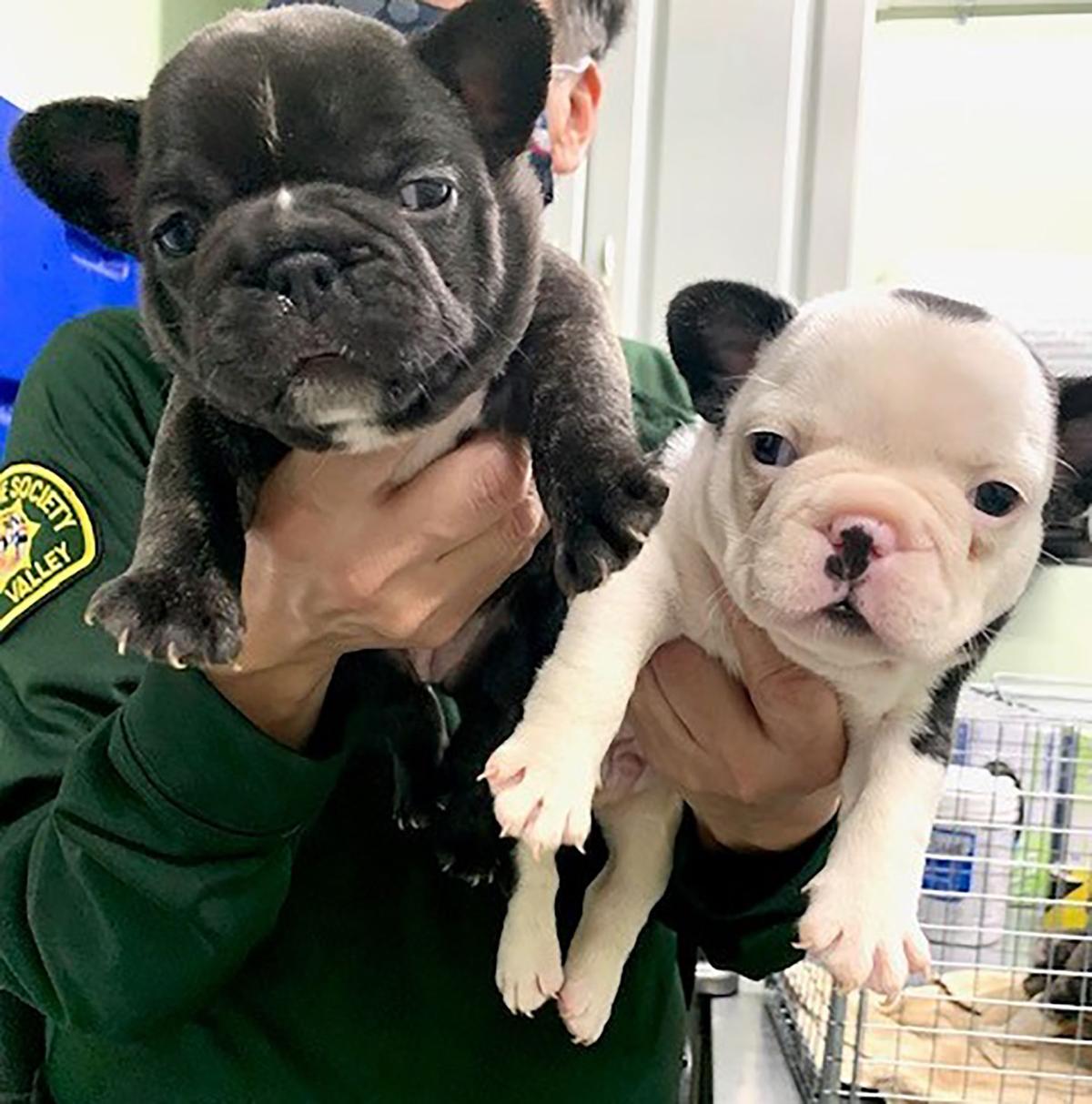 Two people were arrested Saturday on suspicion of animal cruelty and child endangerment at the apartment complex The Crossings of Chino Hills at 15101 Fairfield Ranch Road.

A 1-year-old child living at the apartment was turned over at the Department of Children and Family Services, said Detective Andrew McCoy.

Deputies were first called to the apartment at 8:22 a.m. on a report of a disturbance and found the apartment "covered in dog feces".

"Living conditions for both the child and the dogs were unhealthy," Detective McCoy said.

Arrested were Thamasa Brooks, 27, and Daundre Hines, 28, he said.

They were booked into the West Valley Detention Center in Rancho Cucamonga on $75,000 bail apiece, according to jail records.

Chino Hills Police Department and the Inland Valley Humane Society rescued 10 French Bulldogs, including five nursing puppies, Saturday morning from a Chino Hills apartment where the dogs were confined to cages without water and in unsanitary conditions.

Chino Hills police went to the apartment around 8:22 a.m. after getting several reports of a disturbance and an alleged domestic violence incident.

“Each dog will be individually assessed by our veterinary team and will receive the necessary care he or she needs,” Mr. Edward stated in the news release. “All present parties were taken into custody, and as of now, there is no next of kin to take in the dogs. A foster parent is being organized by IVHS to care for the babies and their mother for the duration of the investigation after they’ve received medical attention.”