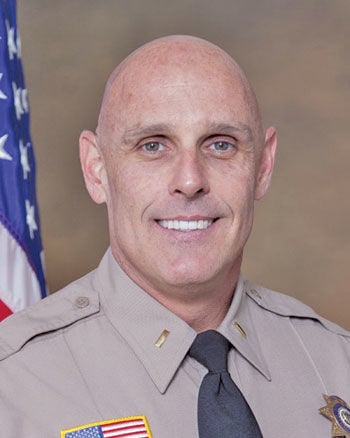 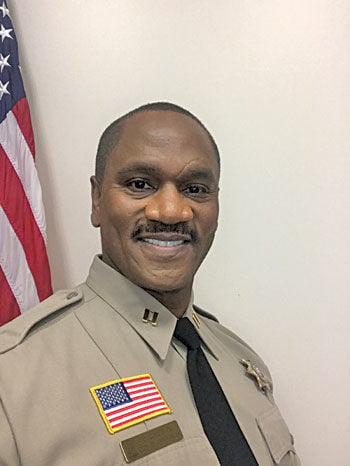 Capt. Darren Goodman, chief of police for Chino Hills, will retire from 27 years of service with the San Bernardino Sheriff’s Department to become the Chief of Police for the city of Upland.

His last day on the job will be Friday, July 6.

John Walker, the former lieutenant at the Highland Police Station, has been promoted to captain and will take command of the Chino Hills station on Monday, July 9.

Capt. Goodman said he has made life-long friends in Chino Hills who challenged him to be better every day.

He said he was welcomed and supported by residents and city leadership from day one and quickly learned how engaged and passionate residents were about their city.

“I’ve had some fun and wonderful assignments throughout my nearly 27-year career and by far, being the chief of police in Chino Hills was the best,” he said.

He took pride in meeting community expectations to keep Chino Hills one of the safest cities in the state. He said that would not have been possible without the sheriff's department's men and women of the Chino Hills Police Department.

“I will miss all of them, I will miss the great working relationships with city employees, and I mean all,” he said. “I have experienced tremendous professional and personal growth because of the people in Chino Hills.”

Incoming Capt. Walker began his 21-year career with the sheriff’s department in July 1997 where he worked patrol, narcotics, gangs, internal affairs, and SWAT.

He held multiple ranks while assigned to SWAT. He led a tactical team during the Christopher Dorner manhunt and was in dual tactical command during the Dec. 2 terrorist attack in San Bernardino in 2015.

Mr. Dorner was a former Los Angeles police officer who died during a standoff with police in 2013 at a cabin in the San Bernardino Mountains.

Capt. Walker is a member of the California Association of Tactical Officers and holds a Peace Officer’s Standards and Training (POST) Supervisory Certificate, a POST Management Certificate and Role of the Police Chief, among others.

The new captain is an avid cyclist and long-time member of the Citrus Valley Velo cycling club based in Redlands.

He is also vice president of the Sheriff’s Athletic Federation whose mission is to promote a high standard of physical and mental well-being of full-time, duly sworn law enforcement officers of the sheriff’s department, through the sponsorship of athletic competition.

Capt. Walker lives in Riverside with his wife of four years, Angela, and said he is proud of his blended family.

He said he values the concept of community policing and looks forward to collaborating with citizens, business owners, and stakeholders to foster positive police and community relations.

Capt. Goodman said a better person could not have been picked for the job.

“John Walker is a great fit for Chino Hills because of his integrity, strong work ethic, and commitment to community policing,” he said. “He did great work forging relationships with the community of Highland, and I have no doubt that he will continue that philosophy here.”