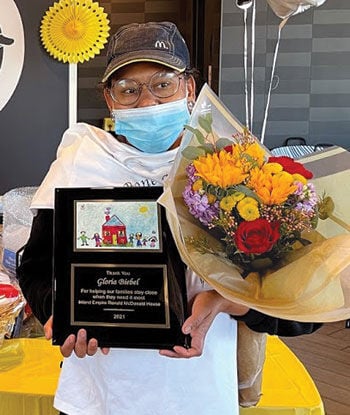 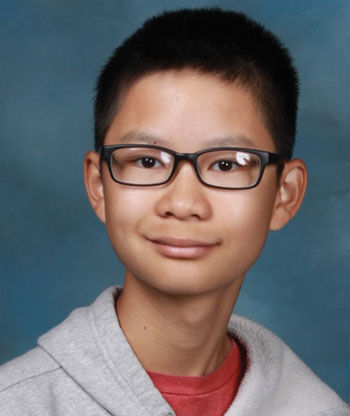 Gloria Biebel, a crew member of the McDonald’s restaurant on Grand Avenue in Chino, was a match to provide bone marrow in February for her mother who was diagnosed last summer with a rare bone disorder. Ms. Biebel’s co-workers and franchise owner Elizabeth Yuen made a $500 donation to the Inland Empire chapter of the Ronald McDonald House during a recent ceremony honoring Ms. Biebel.

Ms. Biebel spent the first 11 months of her life at Georgetown University Hospital in Washington D.C. after she was born prematurely.

Her family benefitted from services provided by the Georgetown Ronald McDonald House and Ms. Biebel’s coworkers felt it was fitting to make a donation in her name to the local chapter, which is currently providing support to 14 families.

In his winning video for the scholarship, Stanley explained his idea to create CO2 filtration systems that break down double bonds and emit oxygen into the atmosphere; thus, mediating climate change by recycling carbon emissions.

Stanley is president of the National Math Honor Society and leads the clarinet section at Ayala High.

He plans to major in chemical engineering next year at an undisclosed college.

Edison International has awarded more than $12.3 million in scholarships to 700 students through the Edison Scholars program since 2006.

People news items can be emailed to news@championnewspapers.com.