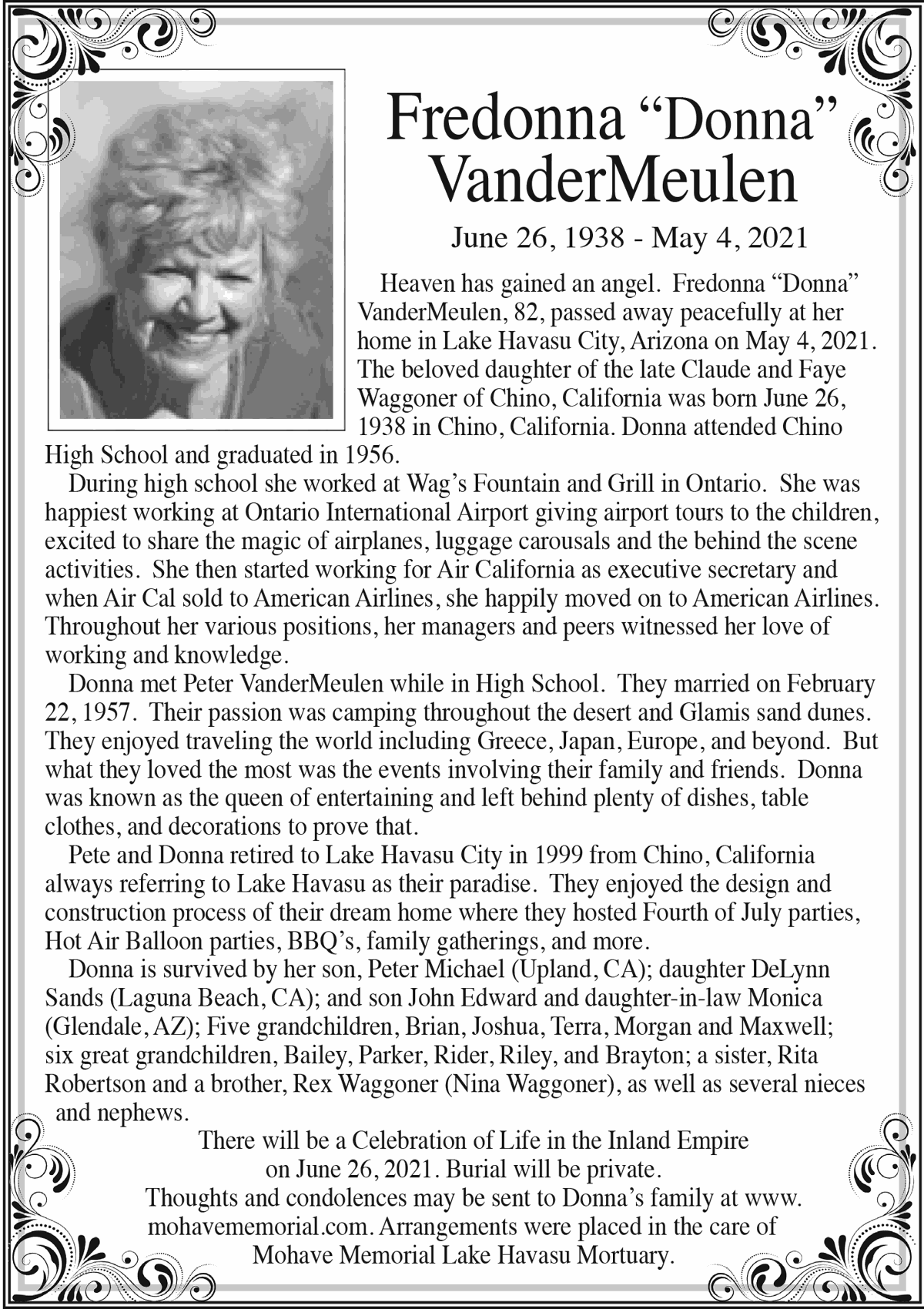 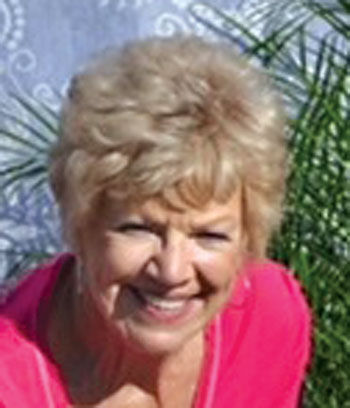 Heaven has gained an angel.  Fredonna “Donna” VanderMeulen, 82, passed away peacefully at her home in Lake Havasu City, Arizona on May 4, 2021.  The beloved daughter of the late Claude and Faye Waggoner of Chino, California was born June 26, 1938 in Chino, California. Donna attended Chino High School and graduated in 1956.

During high school she worked at Wag’s Fountain and Grill in Ontario.  She was happiest working at Ontario International Airport giving airport tours to the children, excited to share the magic of airplanes, luggage carousals and the behind the scene activities.  She then started working for Air California as executive secretary and when Air Cal sold to American Airlines, she happily moved on to American Airlines.  Throughout her various positions, her managers and peers witnessed her love of working and knowledge.

Donna met Peter VanderMeulen while in High School.  They married on February 22, 1957.  Their passion was camping throughout the desert and Glamis sand dunes.  They enjoyed traveling the world including Greece, Japan, Europe, and beyond.  But what they loved the most was the events involving their family and friends.  Donna was known as the queen of entertaining and left behind plenty of dishes, table clothes, and decorations to prove that.

Pete and Donna retired to Lake Havasu City in 1999 from Chino, California always referring to Lake Havasu as their paradise.  They enjoyed the design and construction process of their dream home where they hosted Fourth of July parties, Hot Air Balloon parties, BBQ’s, family gatherings, and more.

There will be a Celebration of Life in the Inland Empire

Thoughts and condolences may be sent to Donna’s family at www.mohavememorial.com. Arrangements were placed in the care of Mohave Memorial Lake Havasu Mortuary.