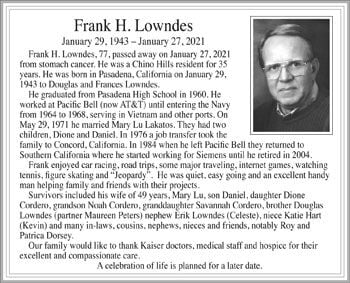 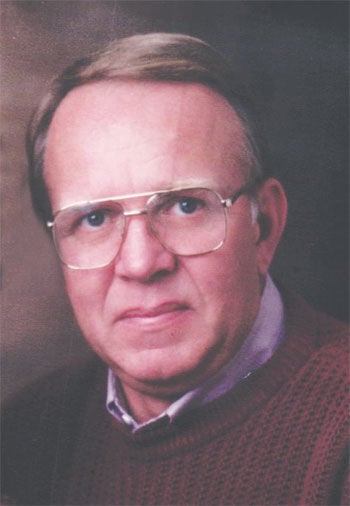 Frank H. Lowndes, 77, passed away on January 27, 2021 from stomach cancer. He was a Chino Hills resident for 35 years. He was born in Pasadena, California on January 29, 1943 to Douglas and Frances Lowndes.

He graduated from Pasadena High School in 1960. He worked at Pacific Bell (now AT&T) until entering the Navy  from 1964 to 1968, serving in Vietnam and other ports. On May 29, 1971 he married Mary Lu Lakatos. They had two children, Dione and Daniel. In 1976 a job transfer took the family to Concord, California. In 1984 when he left Pacific Bell they returned to Southern California where he started working for Siemens until he retired in 2004.

Our family would like to thank Kaiser doctors, medical staff and hospice for their excellent and compassionate care.

A celebration of life is planned for a later date.