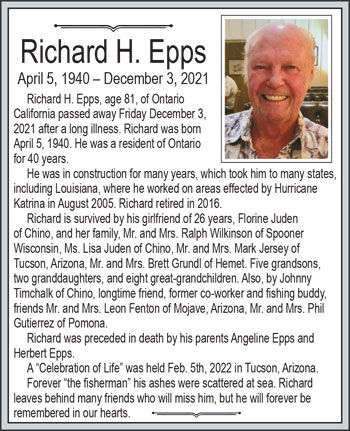 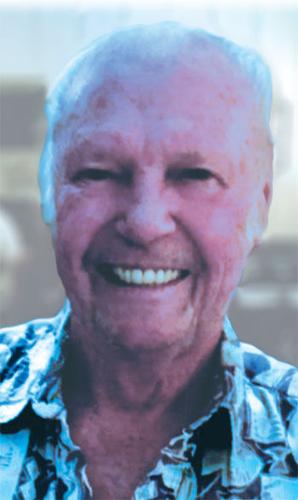 He was in construction for many years, which took him to many states, including Louisiana, where he worked on areas effected by Hurricane Katrina in August 2005. Richard retired in 2016.

Richard was preceded in death by his parents Angeline Epps and Herbert Epps.

Forever “the fisherman” his ashes were scattered at sea. Richard leaves behind many friends who will miss him, but he will forever be remembered in our hearts.

I'm not sure who posted this obituary .....but thanks ...yes we miss richard alot since we lived with him 20 years .the obituary didn't mention Monette or there daughter Ashley. I myself have been a close family friend and stayed at his house until his final day.i am aware that richard once was in love with "flo"...but that was many years ago.im thinking Flo wrote the obituary so thanks I've had a lot going on sorting out all legal matters.richard u made life so much easier and I hope u know u are missed plenty