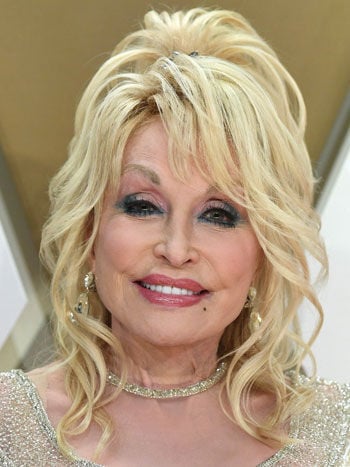 Like many people, I had viewed the country singer-actress as a blond floozy known for her big boobs (her words, not mine), and amusing fixture in American folklore. After running across a couple of her films while cooling my heels during “stay-at-home” and trying to avoid Washington D.C. politics on the news channels, I had to revise my view of this once poor girl from the Great Smokies in Tennessee who is smart,  optimistic and extremely generous with the money she has made in her rags to riches career in entertainment. On top of that, she is one of the most accomplished music artists this country has known.

She has another thing going for her that many big shot stars lack—she’s been married to her husband Carl Thomas Dean,  a retired asphalt-laying businessman, for 54 years. She describes him as a loner who doesn’t like the “hullabaloo” and travel involving her, which keeps them apart, but together, she says, because he is still very supportive. Because she had a hysterectomy early, they’ve had no children.

A couple of classic film reruns I saw while cooped up at home during the current pandemic further sparked my interest.  “9 to 5” (1980) with Jane Fonda and Lily Tomlin and  "Steel Magnolias” (1989).

Dolly Rebeca Parton grew up in a barren one-room cabin without indoor plumbing on the banks of the Little Pigeon River in Pittman Center, Tenn. The  children had to sleep in one bed together and in turns. The fourth of 12 children of an illiterate sharecropper, she grew up with religion, her grandfather being pastor of a Pentecostal church where she began playing a home-made guitar at age 7. She had  a singing voice which found its way to the Grand Ole Opera, enhanced by her ability to compose and write music. She moved to Nashville right after graduating from high school. She now has an honorary doctorate from the University of Tennessee.

She had a big thing going for her, called gumption.

Her business empire has included Dollywood, theme parks and her production company. She has sold more than 100 million records worldwide, including 3,000 songs she composed. Her charities have included children’s literacy programs and include a $1 million donation for one of the COVID-19 vaccine programs. She also gave a lot of money to families hurt by the wildfires in her part of Tennessee. It’s estimated she’s worth $600 million.

There’s been many stories about her—that she’s had a woman lover and that she’s covered with tattoos. If so, neither are very visible. She admits to plastic surgery where needed for her career. Apparently it hasn’t affected her marriage, her popularity, her talent or her musical ability or her ability to win many top honors and places in halls of fame.

I think it’s a thrill to see how much she has made of her life, virtually without scandal  although with an openness that has led to tittering, particularly among males. Belated Happy Birthday Dolly, it’s been a joy  for me to discover how you’ve fit into the American dream.