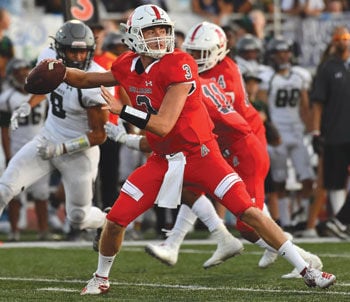 Quarterback Cole McCain was named Ayala High’s Male Athlete of the Year for the 2019-20 season. 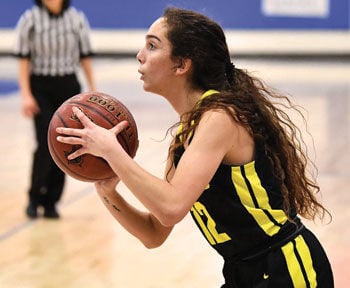 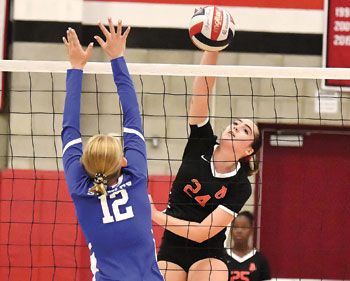 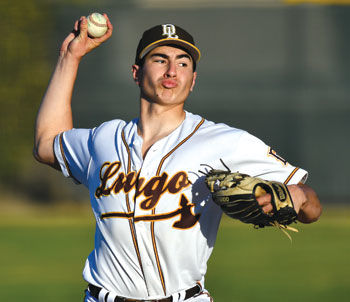 Quarterback Cole McCain was named Ayala High’s Male Athlete of the Year for the 2019-20 season.

Ayala and Don Lugo high schools named their Male and Female Athletes of the Year for the 2019-20 school year.

McCain, a four-year varsity starting quarterback, threw for 1,438 yards, 14 touchdowns and five interceptions for the Palomares League champion Bulldogs during the 2019 season. Ayala finished the year 11-1.

On defense, McCain led the team with three interceptions as the Bulldogs’ safety.

Bishop led the Ayala girls’ volleyball team in kills, digs, blocks and aces during the 2019 season, which the Bulldogs finished 18-10-1 overall, 5-5 in Palomares League play.

Medrano led the Don Lugo girls’ basketball team in scoring (11.1 points per game) and 3-pointers made (69) and tied for the team lead in steals (72) for the Conquistadores.

Don Lugo tied Chino for the Mt. Baldy League championship with 9-1 records in the 2019-20 season.

Vizcaino had a 2-0 record with a 0.70 earned-run average for the Don Lugo High baseball team in its shortened season because of the coronarvirus pandemic. He tossed 20 innings, struck out 27 hitters and allowed only three walks.  At the plate, Vizcaino hit .583 in eight games and had team-highs in RBIs (9), hits (14), doubles (6) and triples (1).