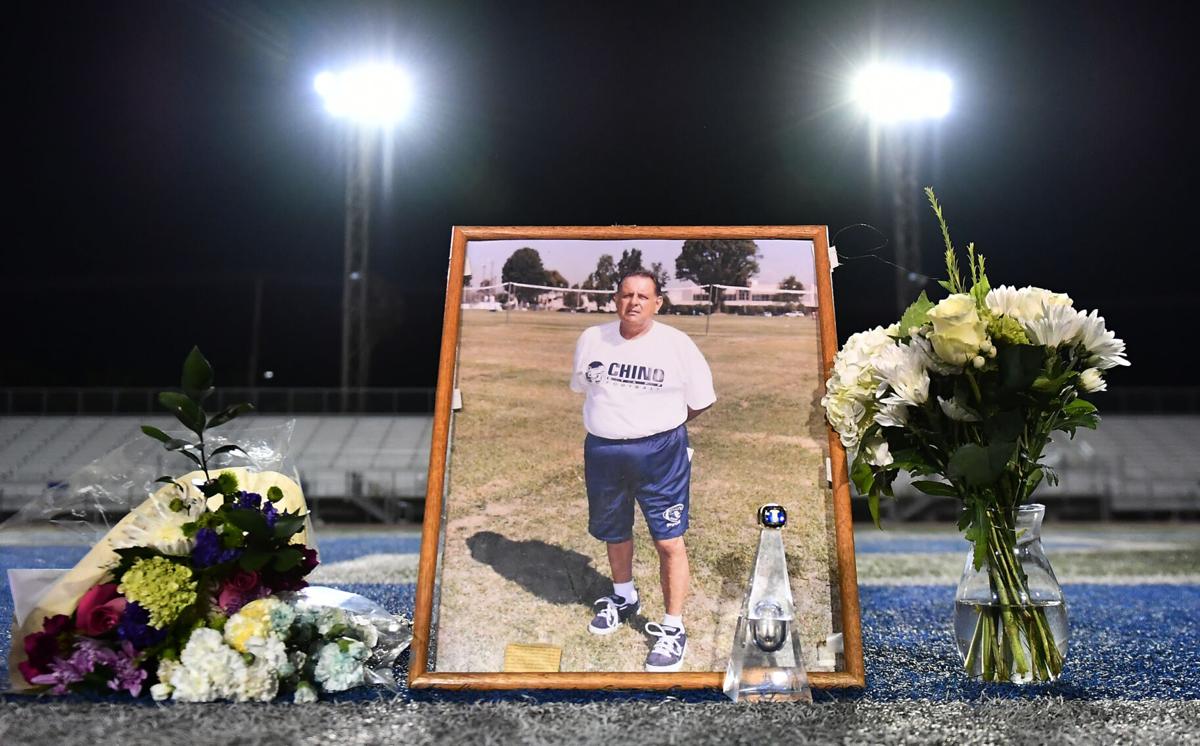 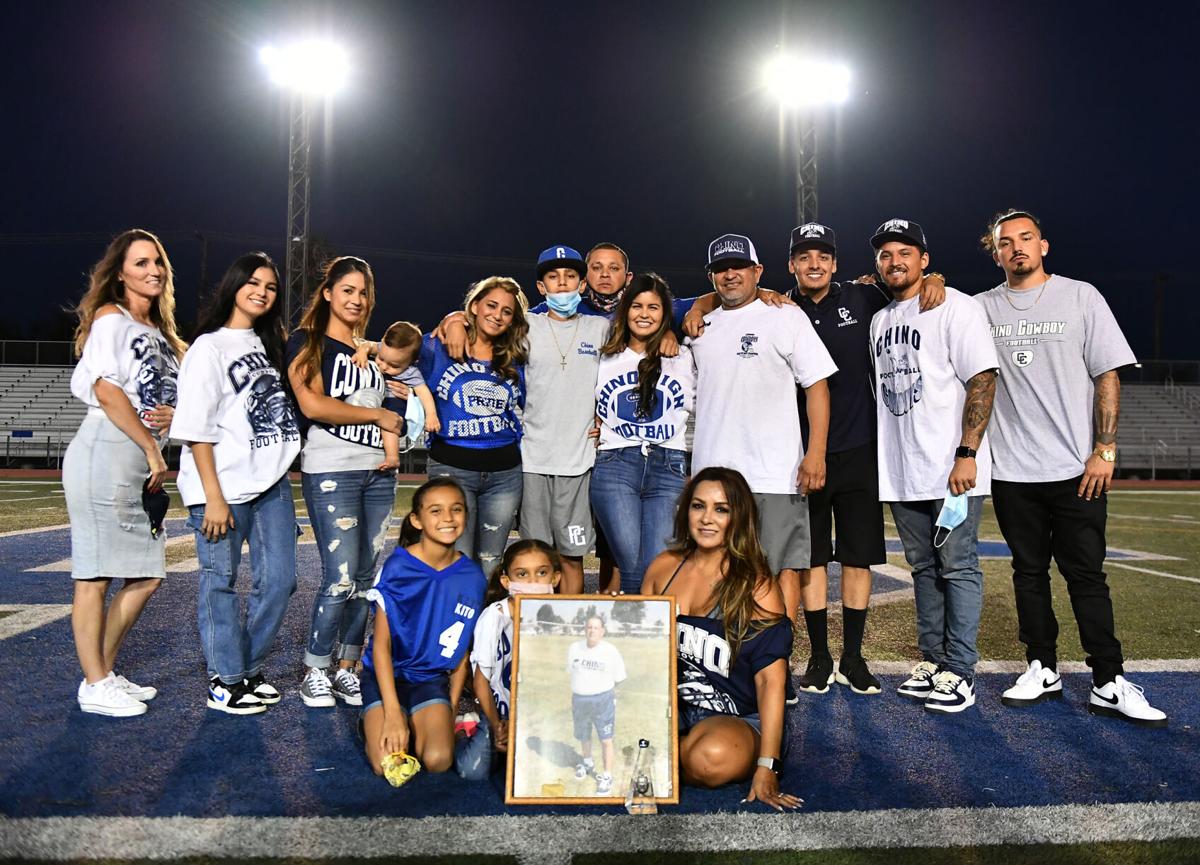 The Arellano family gathers on the 50-yard line Friday night during the 42-minute dedication where the stadium lights were turned on to honor longtime Chino High football equipment manager Alex Arellano. 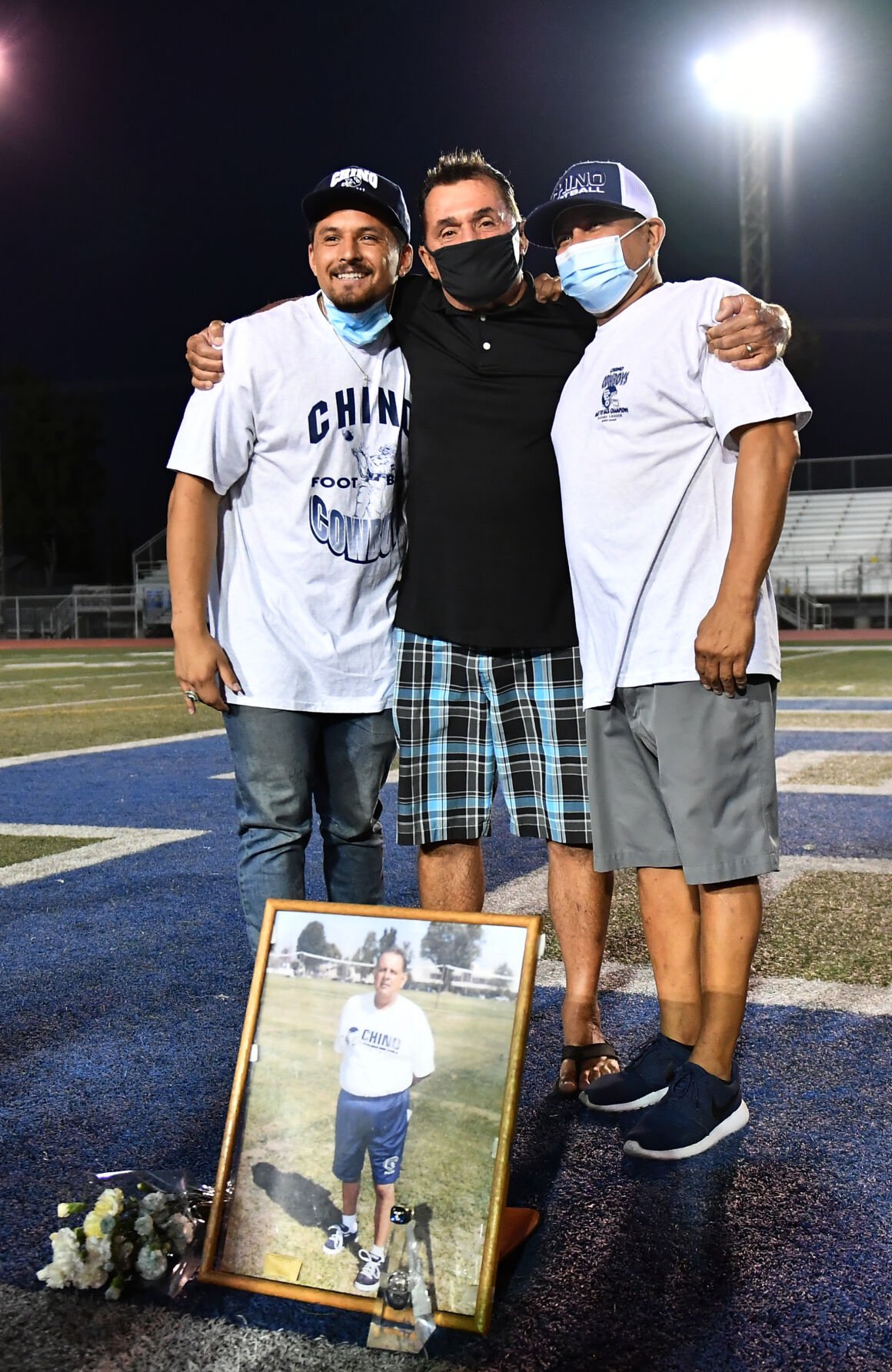 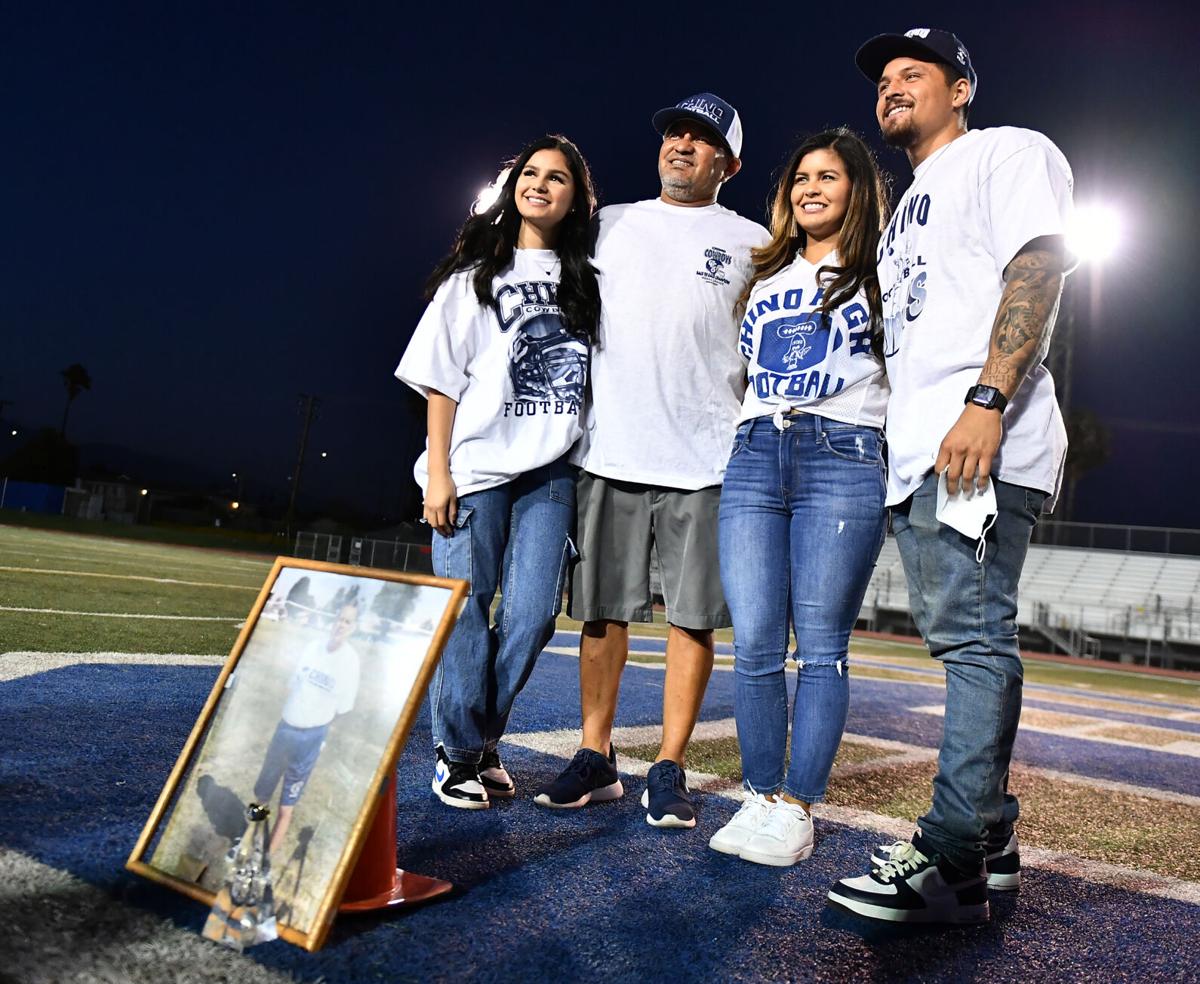 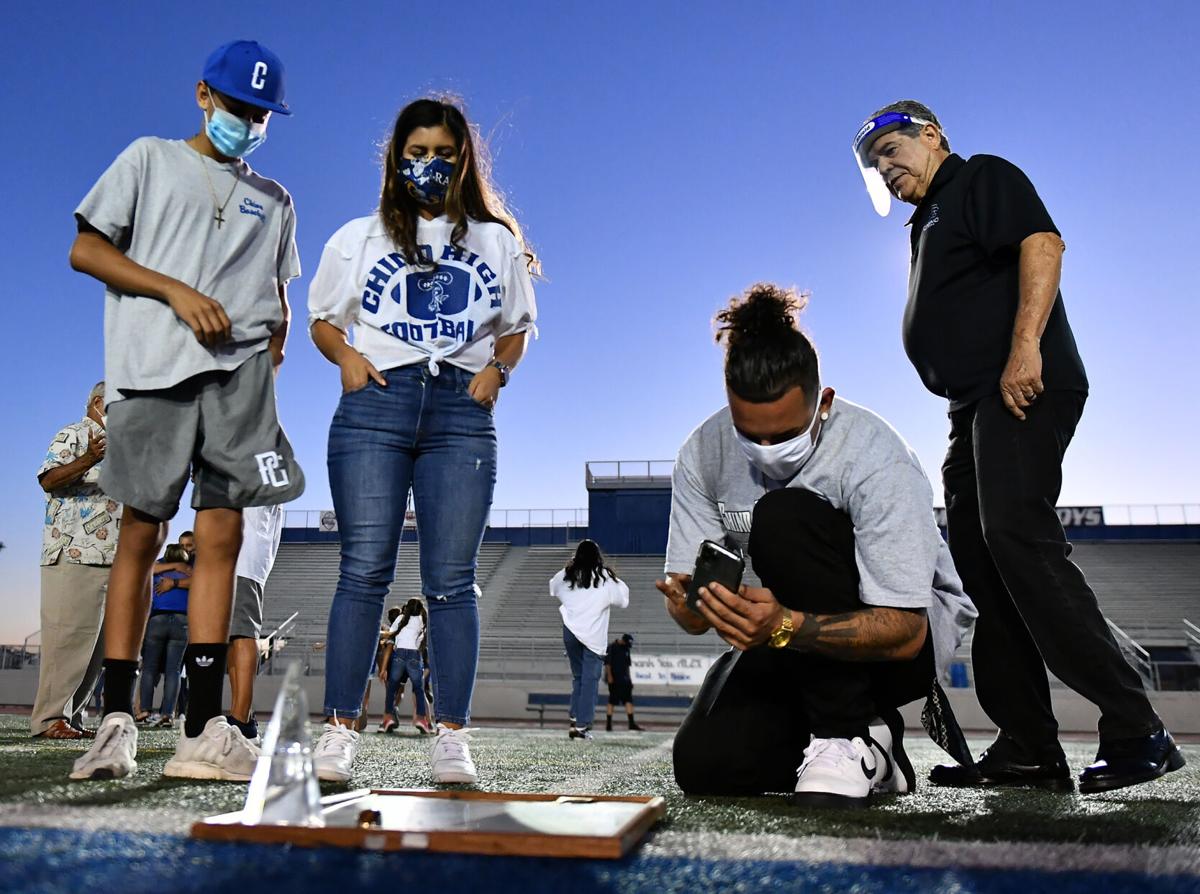 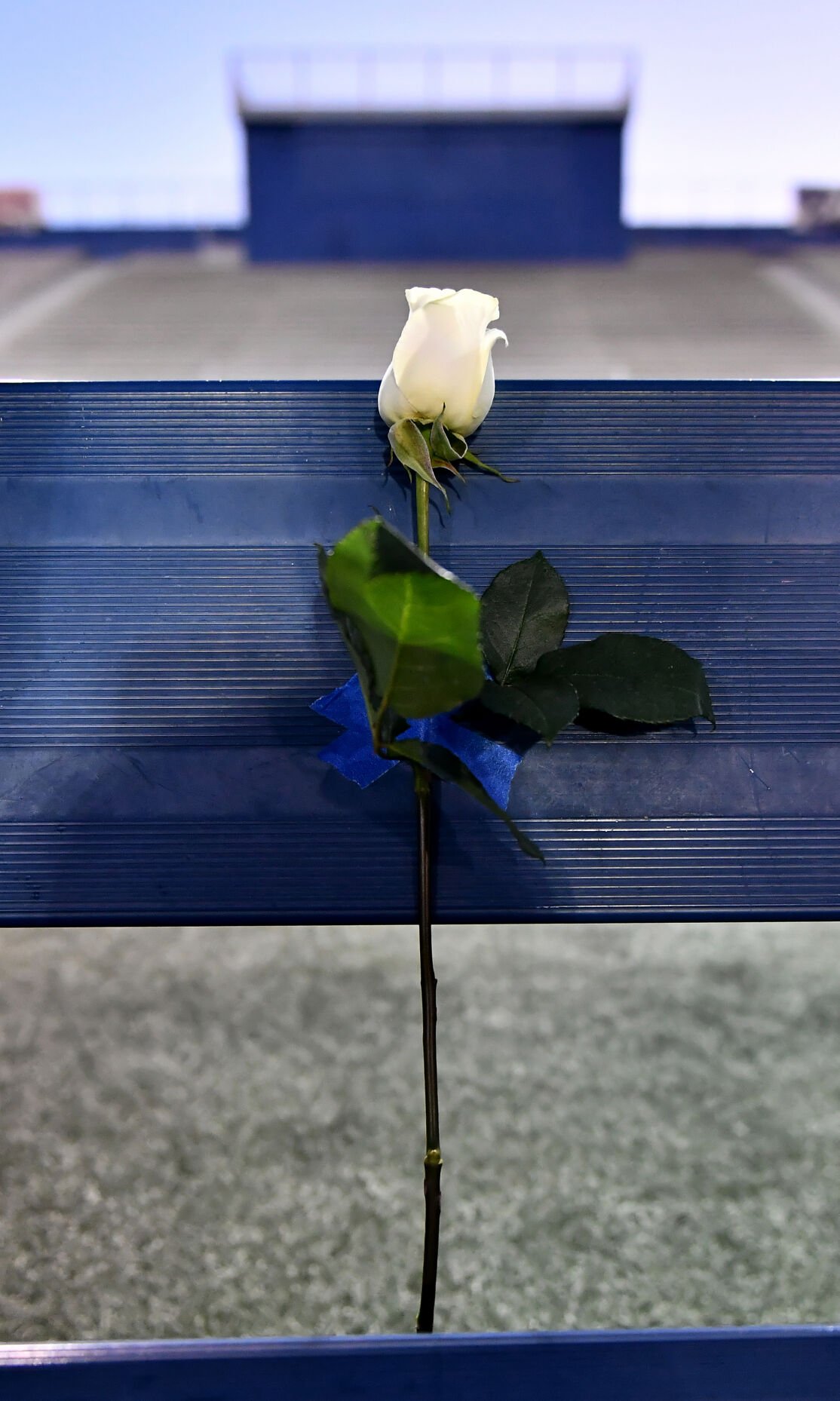 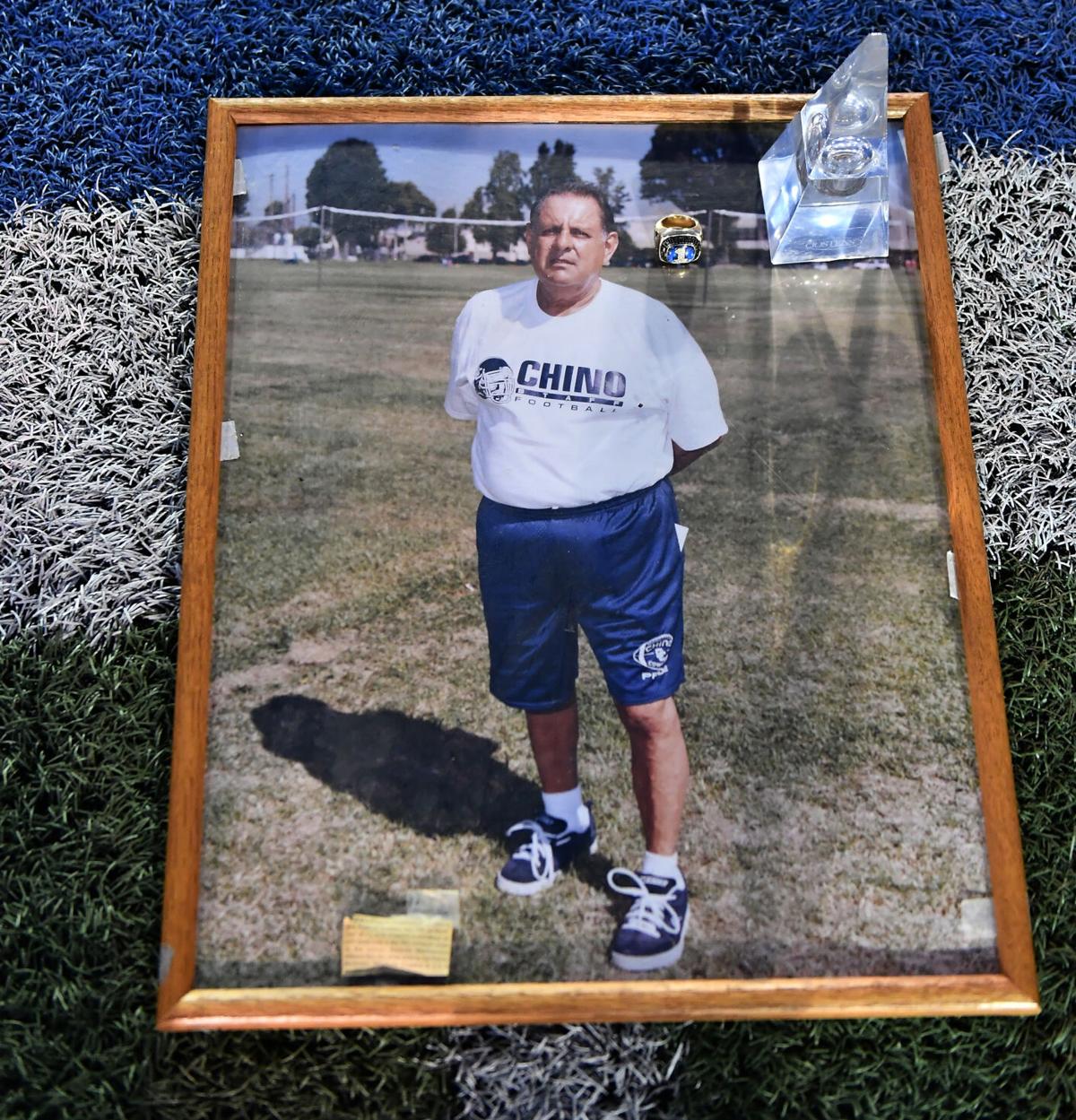 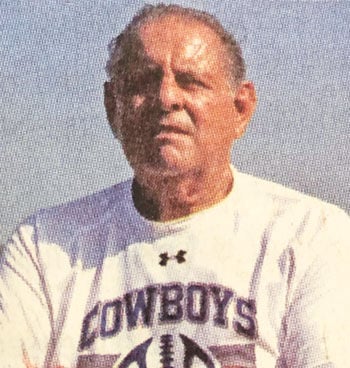 The Arellano family gathers on the 50-yard line Friday night during the 42-minute dedication where the stadium lights were turned on to honor longtime Chino High football equipment manager Alex Arellano.

It will be hard pressed to find anyone who loves Chino High School football more than Alex Arellano.

The 77-year-old who began volunteering by helping set up football games in 1978 and became the team’s official equipment manager nine years later, died Monday after a battle with cancer, his grandson and two-time Chino High football Most Valuable Player by the same name confirmed this week.

“What he lived for was Chino football,” Mr. Arellano said of his grandfather. “He was so loyal to the school, and the football program specifically. I don’t know how many hours of dedication he put in. He was there more than any coach or any player for sure.”

Funeral and burial services are planned for next week, but will have limited attendance because of the coronavirus pandemic.

The Chino High stadium lights were turned on for 42 minutes Friday night to symbolize the number of years he worked for Chino football.

Mr. Arellano continued working through the 2019 season, spending countless hours at practices, games and other team events getting mouth pieces, shoulder pads, helmets and anything else Chino High players needed.

And, he did it without a complaint.

“The man is Mr. Chino above all others,” said Tom Inglima, a former running backs coach and defensive coordinator for the Cowboys who currently teaches at Chino High. “This man is the most loyal man I have every been a friend with. All Chino, all the time. I want people to know that Chino football went through Alex. When you look up the word loyalty in the dictionary, you see his picture with that Chino T-shirt.”

Mr. Arellano attended Chino High in the late 1950s and early 1960s before graduating from high school in El Centro. He began volunteering at Chino High School football games in 1978 and was hired as the team’s equipment manager by Chino High head coach John Monger prior to the 1987. That was Coach Monger’s first year at Chino High after several years at Don Lugo High.  “Alex really was the icon,” Coach Monger said.

“He really did so much for the players. He made sure the players were taken care of. When equipment would break during games, he would be right there. He was like a dad to all of the players. It was unbelievable what he did.”

During a 2013 interview with the Chino Valley Champion for the paper’s high school football preview that year, Mr. Arellano relished the memories he had working with Chino High players, especially those that later played in college or in the NFL.

“There have been a lot of memories for me watching games here. To see some players like Sedrick Ellis (New Orleans Saints, Super Bowl champion in 2010) make it to the NFL, I really enjoyed seeing those players here at Chino High,” he said.

Those players also included his grandson Alex, who was the Chino High Most Valuable Player in 2011 and  2012 and was the Mt. Baldy League MVP in his senior season before playing football in college.

Mr. Arellano was born in Pomona in 1943, grew up in Chino and attended elementary and junior high schools in the city before attending Chino High. He worked for 9 1/2 years at General Dynamics in Pomona and worked for the Ontario-Montclair and Chino Valley school districts.

Mr. Arellano is survived by his wife of 57 years, Mary Lou; three children, eight grandchildren and one great-grandchild.