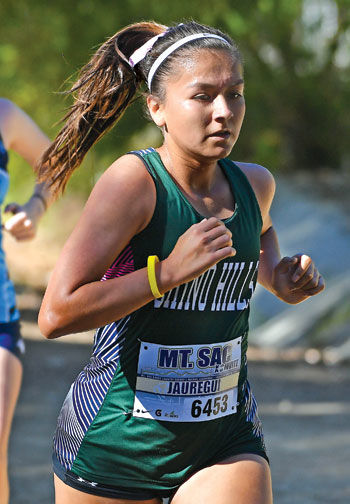 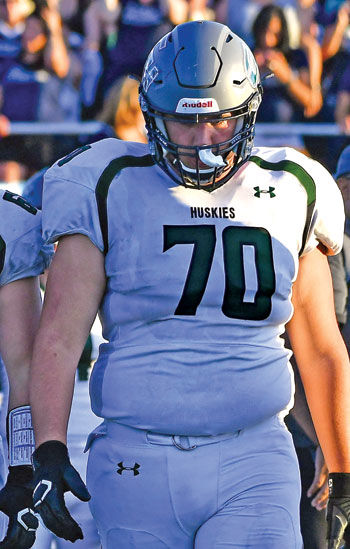 Chino Hills High’s Tyler Perez was named the school’s Male Athletes of the Year for the 2019-20 school year. Perez was the Huskies’ Offensive Player of the Year in football.

Chino Hills High’s Tyler Perez was named the school’s Male Athletes of the Year for the 2019-20 school year. Perez was the Huskies’ Offensive Player of the Year in football.

Chino Hills High student-athletes Lauren Jauregui and Tyler Perez were named Female and Male Athletes of the Year, respectively, for the 2019-20 Huskies’ athletic year. Lauren competed in track and cross country and has signed with Cal Poly Pomona.

“She is the athlete every coach looks for, whether it is a practice or a race” wrote Chino Hills High track coach Kimberly Kreiss. “Lauren understands that when you put hard work in an stay at it, the results will follow. I will miss her smile on the track,but the Broncos have gained a leader.”  Lauren competed in the 1,600m, 3,200m and 4x800m relay teams during the shortened 2020 high school track and field season.

She was an All-Baseline League cross country first team honoree during the 2019 season and placed 52nd overall in the CIF-Southern Section Division 1 Finals at Riverside Cross Country Course.

“She has inspired the underclassmen to become and compete to the best to their potential,” Coach Kreiss said.

“Without his hard work and dedication, we do not have the year that we do,” Mr. Terry wrote. “He is an even better person. Through adversity, he has been a true leader and never backed down from a challenge. (Tyler) will do great things at Sacramento State.”

At 6-foot-5 and 290 pounds, Tyler was selected as the Chino Hills High football Offensive Player of the Year for the 2019 season, leading the Huskies to a 6-6 season, and a 3-2 mark in Baseline League play. The Huskies defeated Mayfair, 42-12, in the first-round of the CIF-Southern Section Division 5 playoffs before falling to Culver City, 62-25 in a second-round game. He was named the Huskies’ Offensive Player of the Week after the Huskies’ Oct. 25 game against Upland and after the Aug. 30 game against Diamond Ranch.