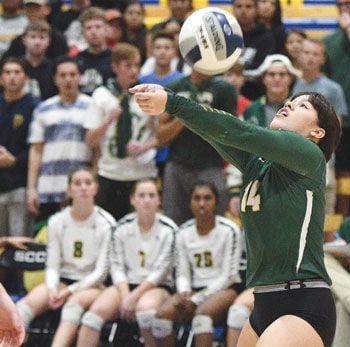 Ontario Christian High girls’ volleyball player Selena Balderas  helps keep a ball alive during a game in the 2019 season. This year, the back-to-back state champion Knights will compete in Division 1-2 for the 2020 girls’ volleyball season. 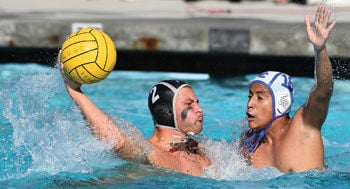 Ontario Christian High girls’ volleyball player Selena Balderas  helps keep a ball alive during a game in the 2019 season. This year, the back-to-back state champion Knights will compete in Division 1-2 for the 2020 girls’ volleyball season.

Should the 2020 high school fall sports season take place later this year, the CIF-Southern Section announced last week the divisions teams will be placed during the postseason. Divisions were announced in boys water polo, cross country, girls tennis and volleyball.

CIF-Southern Section Commissioner Rob Wigod said in a statement on June 12 that the organization is committed to having fall, winter and spring sports during the 2020-21 school year.

“I want to remind you that the decisions to reopen our schools, and subsequently bring back athletic programs after they have started their academic year, will be made entirely by each local Superindendent-school board from a public school district or each private school head of school-school board who have the authority to make those decisions,” Mr. Wigod said. “I am sure they will follow the best recommendations of state and local health authorities in arriving at the decisions that are in the best interests of their students and communities.”

Mr. Wigod said the CIF State office plans to address the status of the fall sports season no later than Monday, July 20.

Back-to-back CIF-Southern Section and State girls’ volleyball champion Ontario Christian has been placed in Division 1-2 for the 2020 season.

In boys’ water polo, Chino Hills High was placed in Division 4, Ayala and Don Lugo high schools are in Division 5 and Chino High is in Division 6.