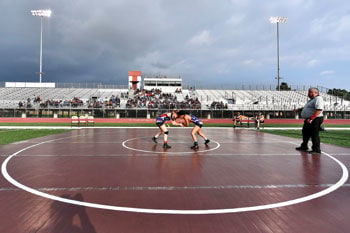 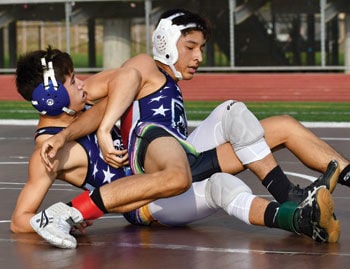 A wrestling mat was placed on the east sidelines at the 50-yard line, and wrestlers in the same weight classes were matched up against each other for the event.

The event was first held in 2015 at Ayala High in Chino Hills.

Next year’s event will return to Ayala High School in Chino Hills.