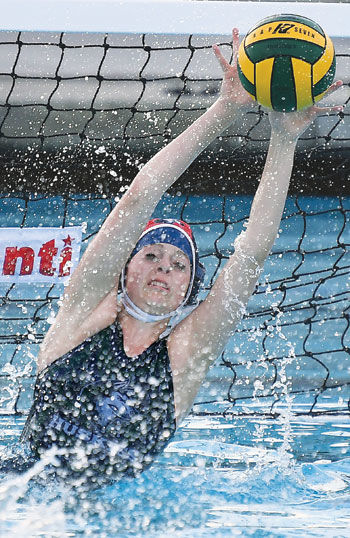 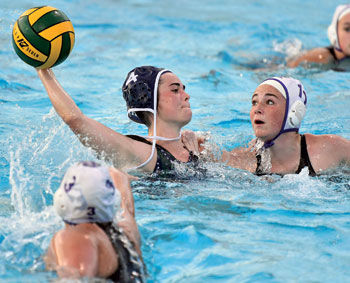 Chino Hills High’s Lacy Ford (#4) scores a goal as a Rancho Cucamonga defends in the Huskies’ season-opening loss to the Cougars.

Chino Hills High’s Lacy Ford (#4) scores a goal as a Rancho Cucamonga defends in the Huskies’ season-opening loss to the Cougars.

Not only did the Chino Hills High girls’ water polo team open its Baseline League season Tuesday afternoon, it was also its first game of the 2019-20 season.

Four players scored one goal apiece for Chino Hills, which is competing today (Jan. 11) in the Diamond Bar High tournament.

Amaya Gooch had seven goals and Holly Hanan added six goals for Rancho Cucamonga. The Huskies will travel to Los Osos High in Rancho Cucamonga for a 4:15 p.m. game on Tuesday, Jan. 14.