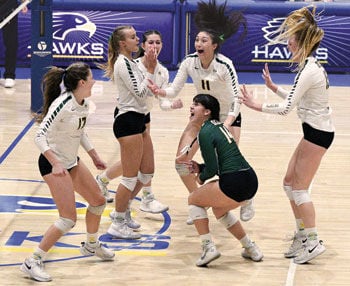 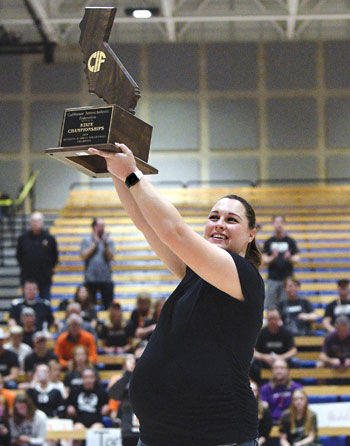 After winning its second straight CIF State title in 2019 with an overall record of 38-3, the Ontario Christian High girls volleyball team is one of four finalists for the USA Today High School Sports Southern California Top Team award.

The Knights are also nominated in the Girls’ Team of the Year category along with the Newbury Park High cross-country team.

Winners will be announced during an online broadcast at 6 p.m. Thursday, June 18 at sportsawards.usatoday.com.

“It’s really cool, we are super excited,” said Ontario Christian High girls’ volleyball coach Paige Liebhart. “A lot of people think that because we are a private Christian school, we do a lot of recruiting, we don’t. We get who we get. We got talent at the right time. They put a ton of work to get those goals accomplished.”

It was the second straight season that Ontario Christian won CIF-SS and CIF State titles, capturing the Division 5 and Division 3 championships, respectively, in 2018.

In 2019, the Knights were given the 11th-seed out of 16 teams in the Division 2 state tournament and traveled nearly 1,000 miles in a span of two weeks in defeating Bakersfield Christian (3-2), San Marcos (3-0), Eastlake (3-0) and Carlsbad (3-2) on the road before beating Los Gatos in straight sets in the title game at Santiago Canyon College in Orange.